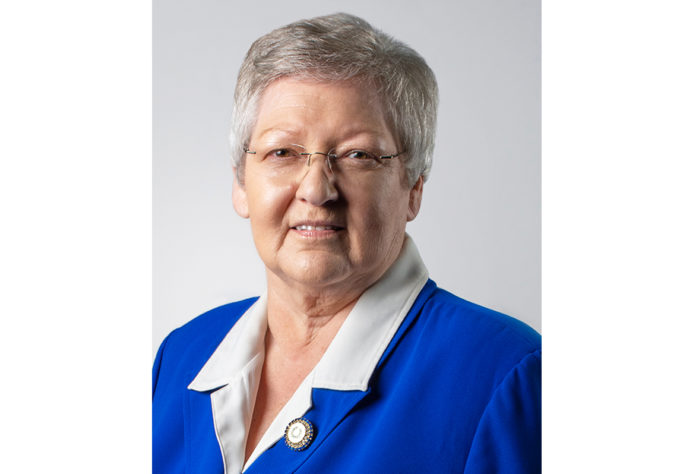 “Secretary Glory-Jordan is a Cherokee citizen and a native of northeastern Oklahoma who has been a longtime leader and champion of the Cherokee Nation and the Cherokee people,” said Principal Chief Chuck Hoskin Jr. “The leadership and experience she brings to the table will be invaluable to the U.S. Department of Housing and Urban Development’s new committee, which aims to engage with tribal leaders on HUD policies and programs.”

Secretary Glory-Jordan, one of 15 members named to the committee, was selected based on her qualifications and nominations from her community to directly engage with senior HUD officials on housing issues. Her term of service will run through Nov. 28, 2024.

“I am very humbled and honored to serve on the first-ever Tribal Intergovernmental Advisory Committee,” said Secretary Glory-Jordan. “I look forward to further serving tribal communities by participating in this historic and important committee.”

The committee is being launched to strengthen nation-to-nation relationships between HUD and tribal communities, coordinate policy across all HUD programs, and advise on the housing priorities of Indian Country. The function of TIAC is to serve as a tool to supplement tribal consultation, and the establishment of the first-ever committee follows consistent engagement between HUD and tribes across the country.

“With the creation of the first-ever Tribal Intergovernmental Advisory Committee, HUD continues to answer the President’s call to strengthen our relationships with our tribal partners,” said HUD Secretary Marcia Fudge. “I’m proud to move forward alongside this new committee with such esteemed members who will help us to address the unique concerns of Indian Country.”

The TIAC was announced during Native American Heritage Month and preceded the 2022 White House Tribal Nations Summit. The committee was born out of a 2021 Presidential memorandum that directed all federal agencies to take actions to strengthen their policies and practices on tribal consultation. That same year, HUD announced its intention to establish the first HUD Tribal Advisory Committee.

The goal for HUD as it selected committee members was to reflect appropriate representation across the federally recognized tribes. Several HUD representatives will serve on the committee as well.

From 2007 to 2015, Secretary Glory-Jordan served on the Cherokee Nation Tribal Council, where she was elected by her peers to serve as Speaker during her second term. She has previously served as General Counsel for the Housing Authority of the Cherokee Nation and, in 2016, was named the outstanding housing lawyer nationwide by the National American Indian Housing Council. She is also a former gaming commissioner.