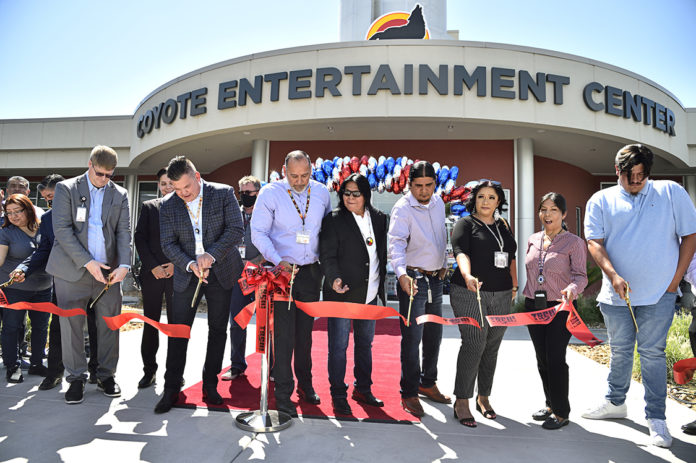 “We took the time during the COVID shutdown to re-evaluate our offerings and made numerous improvements to the Coyote Entertainment Center,” said Michael Olujic, General Manager of Tachi Palace Casino Resort. “We opened up the walls for better views, made greater use of the space, and added amenities that appeal to all ages including a new e-gaming area.”

The newest addition to the Entertainment Center is the e-gaming area in the Ch’ox’l Eagle Lounge. Guests will have the opportunity to rent 20 types of various electronic devices and gaming consoles such as Xbox and more. The popular arcade also has been enlarged with the addition of the latest games and updated prizes.

The Red Bud Bar, formerly the billiards bar, has been refreshed with broader views and incorporates more than 10 big-screen televisions and other bar games, including darts and shuffleboard. Along with food and refreshment services, there also is a dedicated area for a DJ or live acoustic band. The Tachi Lanes bowling alley featuring 30 lanes, six of which are semi-private, has been reconfigured to include an innovative, open snack bar area from which spectators can watch all the action.

The venue also is home to eight movie theaters at Palace Cinemas, with nearly 1,000 luxury seats and Christie Pure laser cinema projectors and QSC Theater and Dolby Atmos cinema sound systems, screening the latest releases. The concessions will include traditional offerings such as freshly popped popcorn, assorted candies, and beverages.