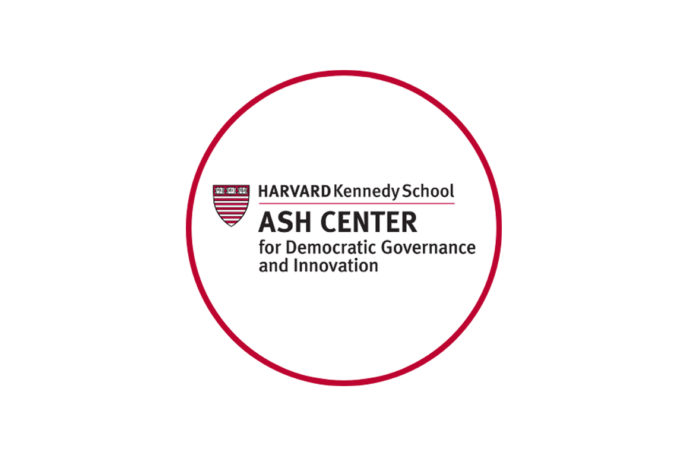 CAMBRIDGE, MA – After a national search, six tribal governments from across the country were honored by the Honoring Nations 2021 Awards. Based at the Harvard Kennedy School of Government and administered by the Harvard Project on American Indian Economic Development, the Honoring Nations Awards identify, celebrate, and share outstanding examples of tribal governance.

Each of the finalists has navigated the multiple and extraordinary challenges of the past year and a half with steadfastness and heart, embodying the Honoring Nations spirit to its fullest. Serving their nations through three competitive rounds of evaluation, these exemplary programs were selected from 70 applicants representing 45 tribes and five tribal consortia. By exercising their self-determination, these programs implemented effective solutions to universal governmental challenges in the areas of education, justice, energy independence, land management, natural resource management, and taxation.

The 2021 Honoring Nations finalists, detailed below, are:

The finalists made public presentations about their work and received awards during a virtual event. Awardees also received a monetary award and will go on to join a family of 142 tribal programs from over 100 tribal nations who have been selected as honorees since 1999.

“New stories of success emerge from Indian Country daily. These are stories that need to be told, heard, and told again to assist tribal nations to learn from each other’s successes and to teach our non-Native neighbors about the extraordinary and applicable lessons Indian Country has to offer local governments everywhere,” said Megan Minoka Hill, Director of the program.

As with many reservations with checkerboarded land and jurisdiction, the Agua Caliente Band of Cahuilla Indians and the city of Palm Springs, CA share boundaries, public resources, and urban development challenges. Despite these many intersections, for decades local public schools failed to consult tribal members when teaching about the Agua Caliente, furthering misinformation and promoting stereotypes. To address this disconnect, the tribe partnered with the Palm Springs school district and the district’s philanthropic foundation to create and mandate an elementary-level Native American Studies curriculum that meets State of California educational standards. The program fosters greater community understanding throughout the region by teaching the history and culture of the Agua Caliente people through their own words.

Facing similar epidemics of domestic violence as many other communities throughout the U.S., the Cherokee Nation established ONE FIRE (Our Nation Ending Fear, Intimidation, Rape, and Endangerment) Victim Services. ONE FIRE is a streamlined “one-stop” program that provides wraparound services to all survivors of domestic abuse, sexual assault, and dating violence in the tribe’s 14-county jurisdiction within Oklahoma. Using a trauma-informed care model, ONE FIRE meets the immediate needs of those in crisis and supports the healing of survivors and their families over time. It also seeks to address the root causes of domestic violence and sexual assault to create a safer community for everyone.

The Blue Lake Rancheria is located in a rural, geographically isolated region of northwestern California where power outages – which have long been common – are now increasing in frequency due to the climate crisis. To develop energy sovereignty, the tribe’s Energy Lifeline Sector Resilience: Low-carbon Microgrids program installed two climate-smart electric microgrids, with a third currently in design. The microgrids not only provide significant electricity savings, but also increase tribal sovereignty and self-sufficiency by providing resilient, low-carbon power. During emergencies, the tribe has operated its microgrids independently, providing reliable power and, in turn, an array of other critical resources, making the tribe the emergency preparedness hub for the tribe’s entire region of California.

Preserving traditional homelands and sacred sites is a challenge shared across Indian Country. The option to purchase land and place it into trust is a difficult and costly process which many tribes cannot afford. When Pe’ Sla, a sacred site in the heart of the Black Hills of South Dakota, was put up for sale in 2012, eight tribes of the Great Sioux Nation came together to protect this sacred area. Over several years, they successfully placed more than 2,000 acres of land in trust. This intertribal collaboration has led to a restoration of native buffalo, grasses, flora, and fauna, as well as land preservation for traditional ceremonies and cultural programming in perpetuity.

Changing ocean conditions brought about by climate change have put the future of marine resources in jeopardy. To address these risks, the Sitka Tribe of Alaska took the lead in forming the Southeast Alaska Tribal Oceans Research (SEATOR) group, a regional conglomerate of 16 tribes in Southeast Alaska. The Sitka Tribe of Alaska Environmental Research Lab (STAERL) is a tribally-owned environmental lab established to support the SEATOR partnership. It provides real-time testing of marine subsistence resources to ensure their safe consumption. The Lab also monitors for harmful algal blooms and continuous ocean acidification and provides science educational opportunities for tribal youth. STAERL biotoxin testing has ensured Southeast Alaskan tribes can provide safe access to healthy and well-managed fish and shellfish populations within their traditional territories.

After a Ninth Circuit Court ruling in 2014 declared outside state and local government property taxes could not be imposed on permanent improvements on tribal trust land, the Swinomish Tax Authority was created to assess and collect the Swinomish Trust Improvement Use & Occupancy Tax within the tribe’s trust lands. This decision allowed the Swinomish Indian Tribal Community to determine how permanent improvements on trust land would be taxed and how tax revenue generated by these improvements would be used. The program expands the exercise of the tribe’s sovereignty and creates an additional revenue stream to help fund essential government services. The tax revenue also funds voluntary contributions to local non-tribal entities, including school, fire, and library districts, enhancing these entities’ abilities to continue providing valuable services to on- and off-reservation residents. The result is stronger intergovernmental relationships and cooperation for the whole region.