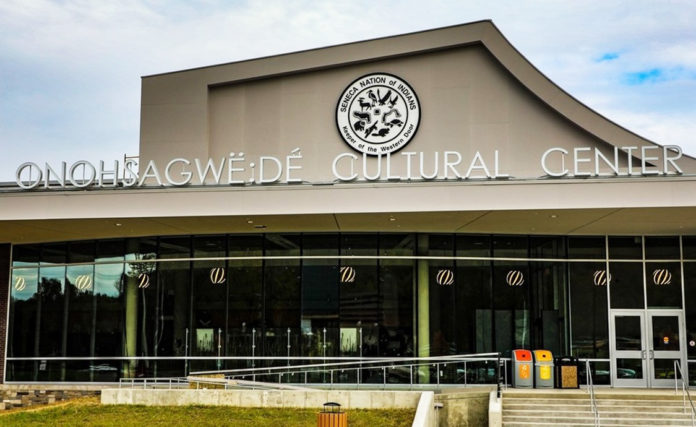 NEW YORK, NY – Showtime Networks has announced a $100,000 donation to the Seneca-Iroquois National Museum (SINM) on the Allegany Territory of the Seneca Nation to support its vital work in preserving the history and legacy of the Seneca Nation, where the fictional town of Iron Lake, NY, is set in the television series Dexter: New Blood.

The donation will fund resources to sustain the museum’s efforts in digitizing media and archiving the history of the Seneca Nation, making it accessible for generations to come. This initiative will address the timely need to preserve decades worth of Seneca history, including video footage, music, recorded stories, print news and notable events passed on from tribal elders. The contribution will also support the museum’s Onöhsagwë:de’ Cultural Center with its endeavor to education and bring awareness to the western New York tribal history.

“I’m excited to receive this gift from Showtime, which demonstrates its commitment to the preservation of heritage,” said Joe Stahlman, Director of the Seneca-Iroquois National Museum. “We can’t wait to begin the digitization of media – some of which has not been viewed in decades.”

“We are honored to support the legacy of the Seneca Nation of Indians, whose people and rich culture are ingrained within the narrative of Dexter: New Blood,” said Puja Vohra, Executive Vice President of Marketing and Strategy for Showtime Networks. “The team at Showtime is dedicated to helping make a meaningful difference that both commemorates the Seneca Nation’s history and strengthens its future.”