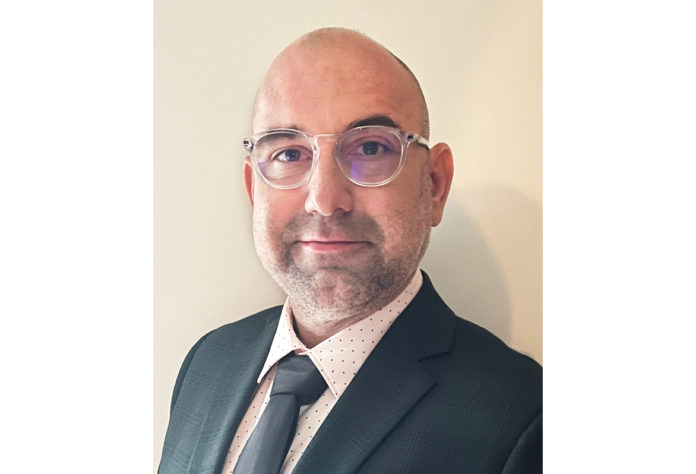 by Michael A. Hammer, Jr.

GAT (short for game authentication terminal) is a Gaming Standard Association (GSA) serial communication protocol used for identifying and authenticating gaming software and firmware in the field, which can be used by a Tribal Gaming Regulatory Agency or (TGRA) as well as operators. GAT allows a P.C. to connect to an electronic gaming device (EGD) via a serial cable, which is used to authenticate the software, and soon, firmware components within the EGD. Typically, a laptop computer or a Kobetron GI-4000 Pro is connected to the EGD for verification.

It is paramount to build relationships with casino operations, both in the compliance department and slot department. Having a solid relationship with the gaming suppliers will also facilitate the process of becoming a GAT jurisdiction. You must have an established relationship with each independent testing laboratory (ITL) to have GAT in your jurisdiction. They will be your partner and will assist you throughout the process. The ITL will help you with supplying industry bulletins that will need to be sent out to make your gaming suppliers aware of the coming changes.

Why should you care about GAT as a Tribal Gaming Regulatory Agency? One of the biggest reasons is that GAT provides protection from shutting down a machine and having to pull software. This will greatly reduce the risk of damaging internal hardware components and the possible corruption of software, or in the worst case, a machine that will not boot back up and you can no longer obtain replacement software. GAT is much faster than older methodologies used for verification of installed software. Using GAT also ensures that a regulator or operator is utilizing a third-party utility to verify their software.

In most cases, users can utilize GLI Verify+ on their Kobetron GI-4000 Pro or laptop. BMM Signatures can also be utilized via laptop. These ensure that all applicable software is verified and certified and that each piece of software is in the correct jurisdictional status (approved, non-mandatory upgrade or revoked) according to the referenced independent testing labs ITL letter.

Steps to Take: First, initiate discussions with the casino operator, gaming suppliers/manufactures and with the ITL. For the Pokagon Band Gaming Commission, the discussion started with our ITLs (GLI, BMM and Eclipse). They certainly have been helpful in the process of the PBGC becoming a GAT Jurisdiction. The TGRA and operator will need to identify a path that they can mutually agree upon.

What will happen to EGDs that can’t be GAT verified? How will requiring GAT as a verification affect their gaming floor? The easiest route for our rollout was grandfathering EGDs that weren’t GAT capable. We chose a date and anything before that date would be grandfathered and anything after that date would now need to be GAT capable. Most gaming suppliers are well versed in GAT and can also lend you support and guidance. It is important to mention that we also reached out to other TGRAs as well as few state regulatory agencies that are GAT jurisdictions. Those folks are an invaluable resource of information and support.

How long does it take to become a GAT jurisdiction? It can be different for everyone. We started talking about becoming GAT jurisdiction nearly two years ago. Even though we have been using GAT since 2009, it took us roughly six months to complete the transition process. The biggest reason for that was we had to have all of those critical discussions you must have and also allow time for the ITLs to draft a field advisory report outlining what GAT requirements would be needed and when GAT will be required. All parties must be aware of the tasks and time required. In fact, being a GAT jurisdiction helped us while we were working on iGaming, studio gaming, sports wagering, and an expansion at one of our properties. It helped us to ensure regulatory compliance, integrity, protection of tribal assets and business continuity.

Are there any drawbacks to GAT? The most common issue is with older and end of life EGDs. The hardware and software are not supported, and you will not be able to perform GAT verification using a laptop or Kobetron. The other more solvable drawback is that you will have to train your staff to understand how to navigate the Kobetron and laptop tools so that they can perform the verification. We are fortunate in that aspect as we have developed a Gaming Technology Unit that handles all software verifications. Cost is also something to be mindful of, as the new Kobetron GI-4000 Pros capable of GAT are not inexpensive. You will also need serial cable kits so you can interface with the CPUs in the EGD’s to perform the verification for the different platform providers. The pros heavily out weight any of the cons. As this industry grows, and we expand our game offerings, GAT will become the preferred method of verification and older methods will begin to be phased out.

How can becoming a GAT jurisdiction help you better protect tribal assets, ensure integrity and maintain compliance? GAT protects users from corrupting software or damaging hardware components in the EGDs. GAT adds that layer of protection and confidence. GAT is far more efficient and has less people involved since you are not physically pulling software. You can audit far more of your gaming floor in less time and with less people. This is more important than ever. With staff shortages, equipment procurement and supply chain issues, being more efficient and more effective is more critical to our landscape than ever before. Training of staff is a workable problem with real solutions. Smaller TGRAs would surely improve their overall penetration of their floor audits in less time and be able to complete more audits. This is without a doubt an invaluable piece, as you can have more regulatory oversight, and conduct more audits on your gaming floor.

Becoming a GAT jurisdiction is something that any TGRA can do. You just need to start having those conversations and building those relationships. Once you start those conversations, the process moves forward quickly. In fact, you might already be much closer than you think.

Michael A. Hammer, Jr., is Director of Compliance and Enforcement for the Pokagon Band Gaming Commission. He can be reached by calling (269) 926-5496 or email [email protected].