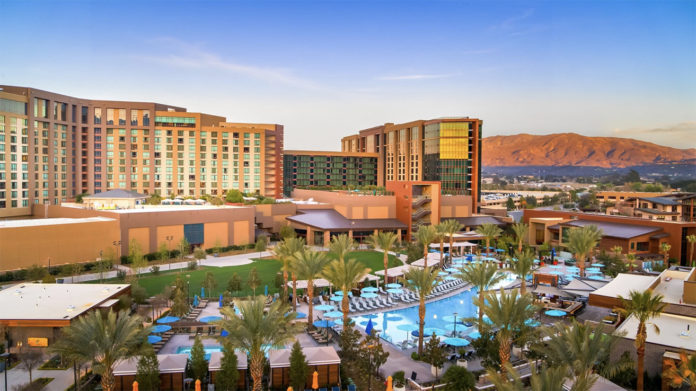 “CAIIFF is thrilled to bring audiences back as we return with our first live action theatrical production, the California premiere of Bear Grease, a hilarious indigenous twist on ﬁlm and musical Grease and the world premiere of Imagining the Indian: The Fight Against Native American Mascots, which is a feature-length documentary that examines the movement to eliminate racist symbols featuring Olympian Billy Mills,” said Dr. Joely Proudfit, CAIIFF Director.

The artwork for this year’s festival was commissioned by Monica Zavala, an alumnus of California State University San Marcos.

CAIIFF provides California moviegoers with a unique opportunity to encounter American Indians in uplifting and empowering film narratives about what it means to be Indian in the 21st century. CAIIFF highlights American Indian storytelling traditions connecting community, identity, history, present and the future. CAIIFF is coordinated by the California Indian Culture & Sovereignty Center (CICSC) in partnership with many tribal and community and campus sponsors. The CICSC fosters collaborative research and community service relationships between the faculty, staff, and students of CSU San Marcos and members of Tribal communities, for the purpose of developing and conducting research projects that support the maintenance of sovereignty and culture within those communities.