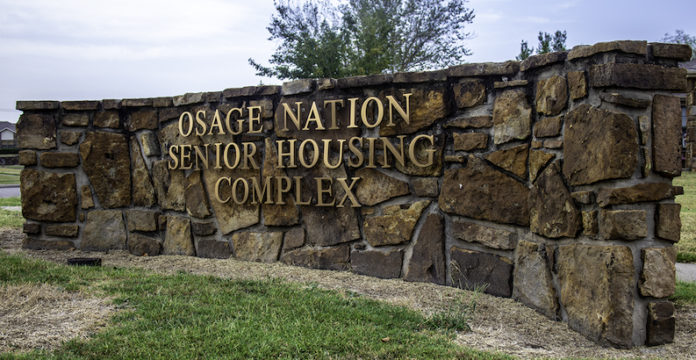 PAWHUSKA, OK – Osage Nation announced a groundbreaking planned for a Pawhuska Senior Housing expansion on Tuesday, Sept. 14. Five duplexes, for a total of 10 additional housing units, are being built. The additional duplexes will be located on an empty cul-de-sac just north of Title VI, as well as the cul-de-sac to the northwest of the complex.

“We anticipate that these units will be available in late spring/early summer 2022,” said Johnson. “However, with all construction projects, Mother Nature, availability of construction supplies, and other unforeseen circumstances, will have a vote on the timeline.”

The event will also serve as a dedication to honor the life of Joe Freeman. Freeman passed away on July 9, 2019. He was a former Hominy District Drumkeeper who worked for Osage Nation for over 20 years. During that time, he served as the Osage Nation Housing Director. A new street built for the expansion will be named Joe Freeman Drive in remembrance.

“Joe Freeman was a pillar of our community who dedicated more than two decades of his life to serving the Osage people through our housing programs,” said James Weigant, who worked alongside Freeman in Osage Nation Housing. “Naming this new street in our Senior Housing expansion in his honor is the least we could do to begin to express our thanks and gratitude for all he did for the Osage Nation.”