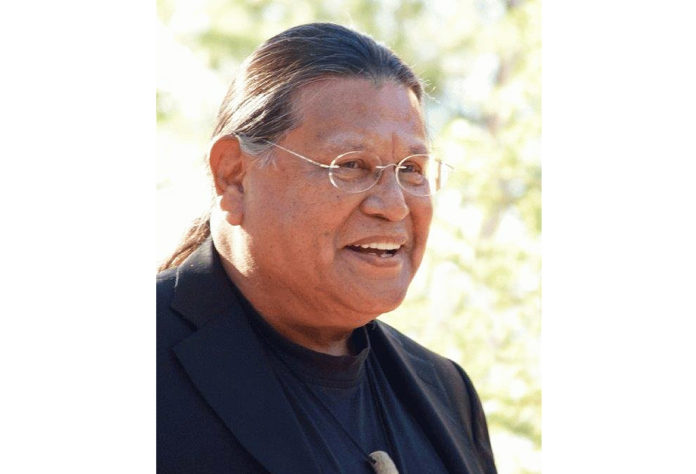 This prominent recognition was established by the National Indian Gaming Association and is presented to an individual who exemplifies the shared passion and commitment to tribal sovereignty that inspired the leadership and legacy of Hill and Wapato on behalf of the advancement of tribal government gaming.

National Indian Gaming Association Chairman Ernie Stevens, Jr., applauded the leadership of Pico upon the announcement. “Anthony Pico embodies the meaning of real leadership. As an advocate for Indian Country, he continues to be dedicated to standing strong protecting tribal sovereignty with the best interest of his community first and foremost,” said Stevens. “Anthony has spent his whole career working to strengthen the economic advancements and diversification of not only the Viejas community, but his work inspired a path for others to follow throughout Indian Country. We are honored to be presenting one of the most powerful warriors of all time with the distinguished award.”

For most of the past two decades, Pico served as the elected leader of his tribe, the Viejas Band of Kumeyaay Indians of Alpine, CA. Under his stewardship and vision, the Viejas Band achieved national and state recognition for its economic and social progress, including being the operators and owners of the Viejas Casino, Viejas Outlet Center, and two RV Parks. Pico also serves on the tribe’s Finance Committee, which oversees and provides recommendations on the tribe’s business enterprises and future economic development.

Pico was a driving force and spokesman in the landmark California ballot initiatives in 1998-2000 that brought economic growth to many of the 107 federally recognized tribes in the state and San Diego County. He served as the Proposition 1A initiative co-chair to amend the California Constitution, enabling tribes to engage in gaming on tribal land.

During Pico’s tenure as tribal Chairman, Viejas was a leader in promoting inter-tribal business ventures, most notably the establishment of Four Fires and Three Fires – tribal coalitions in the development of Marriott Residence Inns in Washington, D.C. and Sacramento, CA.

“This is an honor recognizing the late Rick Hill and Tim Wapato, who were tribal gaming visionaries that paved a bright path for many generations to come,” said Stevens. “The success of tribal government gaming is due in great part to his leadership, passion, and tireless dedication to serving Indian Country.”

Tim Wapato, who passed on in April 2009, was a citizen of the Wenatchee Band of the Colville Confederated Tribes in Washington State. He retired from the Los Angeles Police Department in 1979. He went on to be the Executive Director of the Columbia River Inter-Tribal Fish Commission, and in 1989 he was appointed Commissioner of the Administration for Native Americans. Following his federal service, he served as the first Executive Director of the National Indian Gaming Association.

Under Hill’s and Wapato’s leadership, the gaming association became a nationally recognized voice in Washington, D.C., on Indian gaming issues and successfully initiated the development of a national set of minimum regulatory standards and policies for tribal governmental gaming.