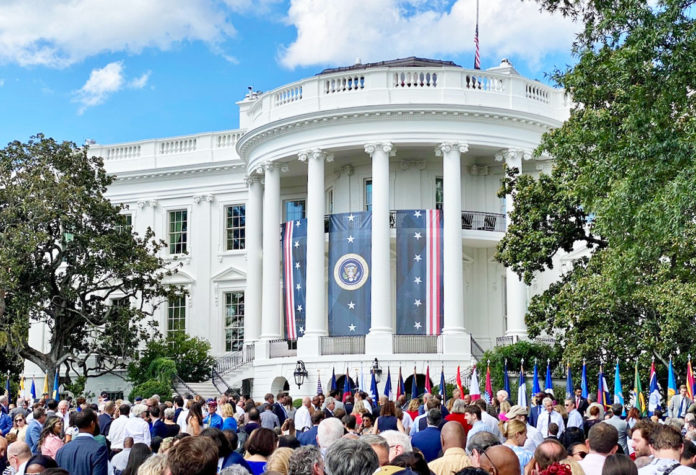 The Act authorizes over $700 billion and addresses policies related to climate change, energy, taxes, and health care costs aimed at improving the country’s economy. For tribal nations, the new law provided funding to plan for and adapt to climate change, mitigate drought, support fisheries, and support for clean energy production and use.

“The Navajo Nation has a seat at the table with President Biden and his administration,” said President Nez. “The American Rescue Plan Act delivered over $2 billion to the Navajo Nation, the Bipartisan Infrastructure Law is delivering millions more, and now the Inflation Reduction Act will help our people with drought mitigation, clean energy initiatives, lower prescription costs, and much more. We are making progress and moving forward with infrastructure development, cleaner energy development, and other areas that are critical to building our Nation and to bring more of our people home. We are very thankful to all of our federal partners including our congressional delegation.”

According to the White House, the Inflation Reduction Act delivers on President Biden’s promise to build an economy that works for working families. White House officials state that the historic law lowers costs for families, creates good-paying jobs for workers, and grows the economy from the bottom up and the middle out.

“It’s very important that the Navajo people continue to have a strong voice in the White House and among members of Congress,” said President Nez. “We have a strong partnership with the Biden-Harris Administration that continues to provide support and a hand up for the Navajo people. We must continue on the path to building a stronger Nation together in the years to come.”