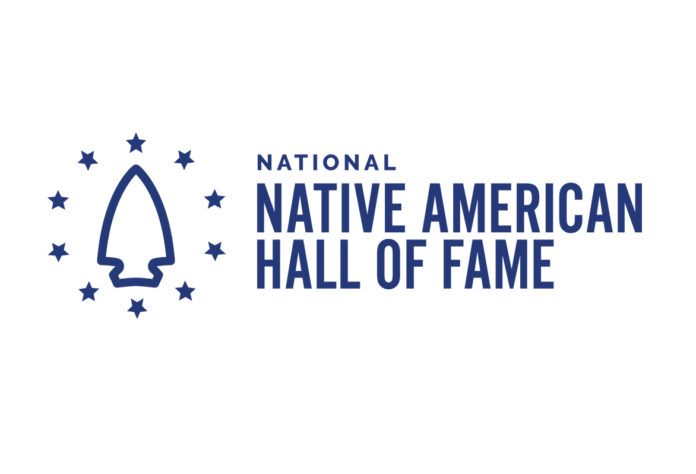 The National Native American Hall of Fame (NNAHOF) has announced eight new inductees from across Indian Country for the third cycle of awards since the non-profit organization was started in 2016. The inductees are recognized for their contributions in Native politics, advocacy, arts, athletics, health, and cultural preservation and revitalization.

Dave Anderson, a member of the Lac Courte Oreilles Lake Superior Band of Ojibwe, established Famous Dave’s Barbeque, a national restaurant franchise. He also served as: head of the Bureau of Indian Affairs; CEO of the Lac Courte Oreilles tribal enterprises; served on the Wisconsin Council on Tourism; Wisconsin’s Council on Minority Business Development; the National Task Force on Reservation Gambling; the Advisory Council for Tribal Colleges and Universities; and the American Indian Education Foundation. In 2002, Oprah Winfrey’s Angel Network awarded a grant to Anderson’s LifeSkills Center for Leadership, an organization dedicated to supporting at-risk Indian youth. Anderson was named a Bush Leadership Fellow, Minnesota and Dakota’s Emerging Entrepreneur of the Year by Ernst and Young, NASDAQ, and USA Today, and was named Restaurateur of the Year in 1988 by Minneapolis-St. Paul Magazine.

Ben Nighthorse Campbell, Northern Cheyenne, became the first Native American to serve in the U.S. Senate in more than 60 years. Campbell served 22 years in public office, beginning his political career in 1982 as a state legislator in Colorado. In 1987 he moved to the U.S. House of Representatives and in 1992 was elected to two terms in the Senate. He served as a member of the Appropriations Committee, Energy and Natural Resources Committee, Veteran’s Affairs Committee, and the Indian Affairs Committee. He also chaired the Helsinki Commission and was the first Native American ever to chair the Indian Affairs Committee. Campbell was one of 44 Northern Cheyenne chiefs and was a Korean War veteran, serving in the Air Force. He was a renowned, award-winning artist and accomplished athlete, serving as captain of the U.S. judo team in the 1964 Olympics in Tokyo, Japan.

Joy Harjo, Muscogee (Creek), was the first Native named U.S. poet laureate in 2019 and has since been named to three consecutive terms. A critically-acclaimed poet, Harjo’s honors include the Lifetime Achievement Award from the Native Writers Circle of the Americas, the Josephine Miles Poetry Award, the Wallace Stevens Award from the Academy of American Poets, the William Carlos Williams Award from the Poetry Society of America, and the American Indian Distinguished Achievement in the Arts Award. She has received fellowships from the Arizona Commission on the Arts, the National Endowment for the Arts, the Rasmuson Foundation, and the Witter Bynner Foundation. She has won an American Book Award, the PEN Center USA prize for creative nonfiction, the Ruth Lilly Prize in Poetry, and the Delmore Schwartz Memorial Award. She is also a founding board member of the Native Arts and Cultures Foundation.

Marcella LeBeau, Cheyenne River Sioux, is highly regarded for her health policy leadership spanning eight decades. Le Beau was a registered nurse and served in the U.S. Army Nurse Corps during World War II. Her fortitude and courage was recognized with the awarding of six highly distinguished medals, including the French Legion Medal of Honor, awarded in France in 2004 at the 60th Anniversary of D-Day. She was inducted into the South Dakota Hall of Fame and received the Women in History Award in 2016 from the Spirit of the Prairie Chapter of the Daughters of the American Revolution. LeBeau has contributed to the health and well-being of Lakota people, World War II soldiers, and diverse populations of people. She also served on the Cheyenne River Sioux Tribal Council from 1991 to 1995.

Emil Notti, Athabascan, was the first president of Alaska Federation of Natives, founded in 1966. Notti was a force behind the land claims movement and central to the negotiations that culminated in the Alaska Native Claims Settlement Act of 1971. The legislation authorized Alaska Natives to receive title to 44 million acres of public land in Alaska and a $962 million land claims settlement, further establishing village and regional Native corporations. He was instrumental in calling for a convening of Alaska Natives from every region of the state. An electronic and aeronautical engineer, he worked on the Minuteman Ballistic Missile and worked for the Federal Aviation Administration. Notti also served under several Alaska governors as Deputy Commissioner of Health and Social Services, Commissioner of Community and Regional Affairs and Commissioner of Commerce, Community and Economic Development.

Katherine Siva Saubel, Cahuilla, founded the Malki Museum at the Morongo Reservation in California – the first Native American museum created and managed by Native people. A scholar and activist for the preservation of language and culture, she translated traditional folklore, created the first Cahuilla-English dictionary, wrote several ethnobotanical books on medicinal plants and made recordings of Cahuilla songs, preserving ceremonies, culture and traditions. She was the first Native woman from California to be inducted into the National Women’s Hall of Fame in 1993 and awarded the Chancellor’s Medal from the University of California, Riverside in that same year. Saubel is honored post-humously, having passed away in 2011 at the age of 91.

Ernie Stevens Sr., Oneida, served numerous leadership positions including as executive director of the Los Angeles Indian Center, the Institute for Community Anti-Poverty Corporation, the Inter-Tribal Council of California, the Indian Action Project in Arizona, the American Indian Policy Review Commission and served on the LA Human Rights Commission. He was First Vice President of the National Congress of American Indians and the first Staff Director to the Senate Select Committee on Indian Affairs. He advocated for sovereignty, self-determination, self-governance and Native rights for nearly half a century. Serving with the Bureau of Indian Affairs, Stevens was integral to changing the course of Indian Policy from an era of termination to tribal self-determination. A U.S. Marine Corps combat veteran, serving during the Korean War, he earned the Korean Unit citation and the Korean Service medal with three battle stars. He was also awarded the Leon Grant Spirit of the Community Award by the Phoenix Indian Center in 2017.

W. Richard West, Southern Cheyenne, was the founding director of the Smithsonian Institution’s National Museum of the American Indian. West successfully guided the development and opening of the three facilities that comprise the National Museum of the American Indian including the Cultural Resources Center in Suitland, MD, the George Gustav Heye Center in New York City, and the celebrated opening of the NMAI on the National Mall in Washington, D.C in 2004. He was brought out of retirement in 2013 to become President and CEO of the Autry Museum of the American West in Los Angeles. West practiced law at the Indian-owned law firm of Gover, Stetson, Williams & West, P.C. He served as counsel to numerous American Indian tribes, communities, and organizations. He is also a member of the Southern Cheyenne Society of Peace Chiefs.

The National Native American Hall of Fame 2021 Induction Ceremony will take place on November 6, 2021 at the First Americans Museum in Oklahoma City, OK.