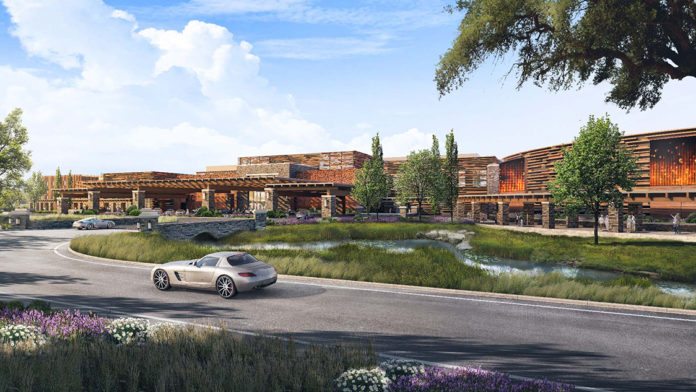 SANTA ROSA, CA – The Koi Nation, one of the California’s federally recognized Native American tribes, has selected a 68-acre site in unincorporated Sonoma County to re-establish its tribal land base. The Koi have filed plans to build a resort and casino on the site, exercising their sovereign rights under federal law.

The property selection restores the tribe’s ability to exercise its rights to self-governance and will provide a base for economic development that will sustain the Koi Nation’s independence within a few miles of its ancestral home.

“The Koi Nation has had to struggle harder than almost any other tribe in California to re-establish our sovereignty,” said Darin Beltran, Tribal Chairman. “Despite this treatment, however, we have endured. It is time to exercise our rights as a federally recognized tribe to have our own land and to control our own destiny.”

The Koi Nation said it plans to build the Shiloh Resort & Casino on its property at 222 E. Shiloh Road. The project will include a 2,500 Class III gaming machine facility, a 200-room hotel, six restaurant and food service areas, a meeting center and a spa. The design for the low-rise facility integrates with the natural beauty of the site and will be energy-efficient and respectful of the environment, in keeping with the tribe’s historic relationship with the land. The property will be designated as entirely non-smoking, respecting the health of patrons and workers alike.

The Koi Nation will build and operate the resort and casino under the 1988 federal Indian Gaming Regulatory Act (IGRA), as well as the favorable ruling by the federal district court in Koi Nation vs. Zinke (2019) that recognized the tribe’s inherent rights. Koi Nation attorneys in Washington, D.C., have filed an application to place the land into trust with the federal government, making it eligible for gaming under the IGRA. The action will lead to an environmental review and public comment period to begin in 60 to 90 days, Chairman Beltran said.

The property site is just over 10 miles from the tribe’s historic lands within California’s Pomo territory. It gives life to negotiated treaty rights dating from the 1850’s, undoing decades of woeful mistreatment.

“This region, the historic home of our people, today has one of the highest costs of living in the world, meaning that 90 percent of our citizens are part of what are considered low-income households,” said Chairman Beltran. “By exercising our rights under the IGRA, we can build prosperity for our tribe and make a real difference for our people today as well as for our children and the generations yet to come.”

Revenue from the planned resort and casino will enable the tribal government to become economically independent and provide a long-term income source supporting the needs of current and future generations of tribal citizens, Chairman Beltran added.

An Economic Engine for the Tribe and Its Sonoma County Neighbors

Development of the resort and casino will create hundreds of jobs for workers in construction trades and other skilled laborers.  When in full operation, the Shiloh Casino & Resort will employ more than 1,100 full-time workers and provide benefits for the entire Sonoma community. The Koi Nation anticipates that a portion of the resort’s revenues will be shared with the broader community through the support of local organizations as well as collaborating with local governments and community members to address their needs.

“With this land and the Shiloh Resort & Casino, we are taking long overdue steps to preserve our cultural and historic integrity and secure a brighter future for coming generations,” said Chairman Beltran. “At the same time, our success will also benefit the communities in the region where our people have lived for thousands of years. We are confident the community will support us as we seek to restore our independence and exercise our rights as Native Americans.”