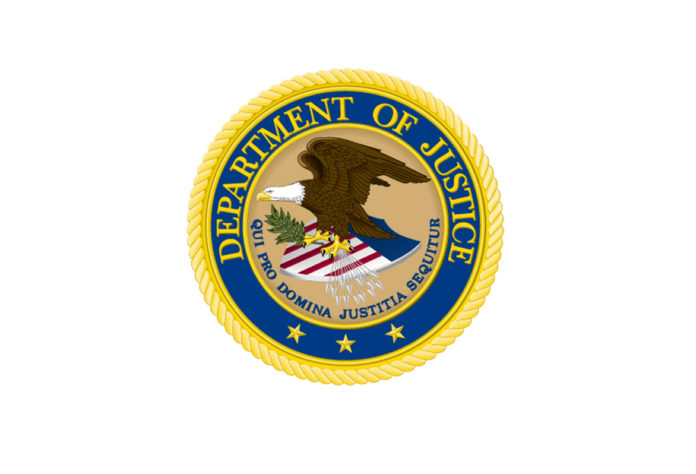 WASHINGTON, D.C. – The Justice Department announced that it will award more than $246 million in grants to American Indian and Alaska Native communities to improve public safety and serve crime victims. The announcement coincides with the 17th Annual Government-to-Government Violence Against Women Tribal Consultation, which is held Sept. 21-23 in Anchorage, AK.

“Each year, this event serves as a necessary reminder of the violence perpetrated against women in tribal communities across the country, as well as an important opportunity to confront this public safety crisis with the urgency it demands,” said Attorney General Merrick B. Garland. “The Justice Department remains committed to honoring our nation-to-nation partnerships and to making tribal communities safer.”

The purpose of the event is to solicit recommendations from tribal leaders on administering tribal funds and programs and enhancing the safety of American Indian and Alaska Native women, along with strengthening the federal response to crimes. The annual consultation, convened by the Office on Violence Against Women (OVW), is required by law to address the federal administration of tribal grant funds and programs established under the Violence Against Women Act of 1994 (VAWA) and its subsequent reauthorizations. In addition to addressing violent crimes that disproportionately harm women and girls, the consultation will also focus on ways to improve access to local, regional, state, and federal crime information databases and criminal justice information systems.

More than four in five American Indian and Alaska Native adults have suffered some form of violence in their lifetime. This equates to nearly three million people.

“With this 17th annual consultation, the first to be held in Alaska, the Department of Justice honors our special government-to-government relationship with Native leaders,” said Deputy Attorney General Lisa O. Monaco. “We also renew our commitment to listen to these leaders, the ones who know best how to make their communities safer. Together, we can make significant progress toward ending violence against women.”

“Ensuring access to justice for all is at the core of the Justice Department’s mission and is the key objective of multiple efforts across the Department,” said Associate Attorney General Vanita Gupta. “Although we have made progress in addressing domestic and sexual violence against people in Native communities, we know there is more work to be done and we are committed to doing it.”

“Every day, these funds help tribal governments, coalitions, advocates, and service providers meet survivors’ needs – and that is vital, due to the epidemic levels of violence that Indigenous communities face,” said OVW Acting Director Allison Randall. “Tribes know best what interventions will bring justice for survivors. We are honored to support tribal communities as they implement strategies that align with community values and practices. Tribal grantees have told us that this funding changed the care they can provide and made a profound difference in survivors’ lives.”

OVW will award $28.04 million to 30 grantees under its Tribal Governments Program. To facilitate the development and operation of non-profit, non-governmental tribal domestic violence and sexual assault coalitions, $6.38 million will be awarded to 19 grantees through the Tribal Coalitions Program.

OVW will also award seven grants totaling $3.67 million under the Tribal Sexual Assault Services Program, which supports projects to create, maintain, and expand services for sexual assault survivors provided by tribes, tribal organizations, and non-profits within tribal lands. Finally, under the Tribal Jurisdiction Program, four grants totaling $1.53 million will be awarded to tribal governments to provide support and technical assistance in planning and implementing changes in their criminal justice systems to exercise special criminal jurisdiction and for expenses incurred in exercising the jurisdiction.

OJP’s Office for Victims of Crime (OVC) has awarded more than $116 million through the Tribal Victim Services Set-Aside (TVSSA) to support the provision of services for crime victims in tribal communities. Of special note is that FY 2022 TVSSA funding can now be used to help missing or murdered indigenous persons (MMIP) by providing services to the family members of MMIP victims; generating awareness of MMIP among community members in general as well as individual MMIP cases; and collaborating with tribal, federal, and state and local officials to respond to MMIP cases. Another $2.95 million was awarded through OVC’s Project Beacon: Increasing Access to Services for Urban American Indian and Alaska Native Victims of Human Trafficking Program, created to increase the quantity and quality of victim-centered services available to assist tribal victims of human trafficking in urban areas.

“It is through collaborations such as this that the Department of Justice is able to fully engage and connect with our tribal partners, hearing directly from tribal professionals about their challenges and the resources that would best help them meet those challenges,” said Office of Justice Programs Principal Deputy Assistant Attorney General Amy L. Solomon. “It’s a privilege to work hand-in-hand with tribal leaders to strengthen public safety, improve victim services and sustain crime prevention and intervention efforts.”

More than $82.2 million was awarded under the Coordinated Tribal Assistance Solicitation, or CTAS, a streamlined application, which helps tribes apply for tribal-specific grant programs that enhance law enforcement and Tribal justice practices, expand victim services and support prevention and intervention. CTAS grants are administered by OJP ($54.49 million) and the COPS Office ($27.72 million).

Under CTAS, the COPS Office awarded $27.72 million through awards to 47 tribes to expand the implementation of community policing and meet the most serious needs of law enforcement in tribal nations through a broadened comprehensive program. The funding can be used to hire or re-hire full-time career law enforcement officers and village public safety officers as well as to procure basic equipment, technology, and training to assist in the initiation or enhancement of tribal community policing efforts.