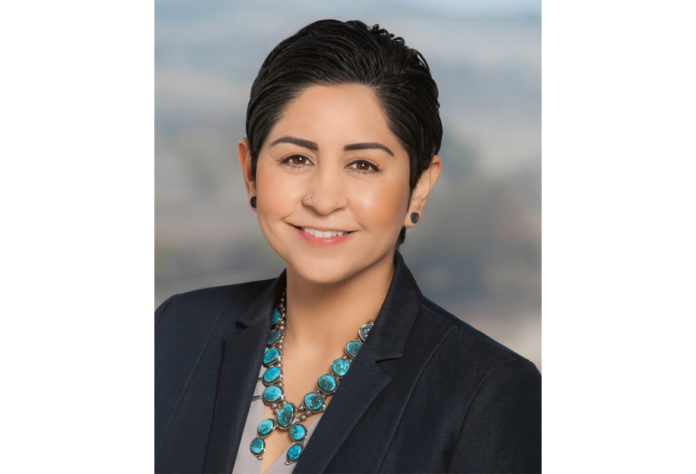 Pinto is serving as the Pacific Region’s primary member of the STAC, representing more than 100 tribes. Her one-year term began June 15, 2022. The STAC, announced last November at the 2021 White House Tribal Nations Summit, was created to ensure that tribal leaders have direct communication with Federal officials. Members of the STAC will exchange views, share information, and provide advice and recommendations regarding DOI programs, policies, and funding that affect tribal nations. The committee will also work to improve government-to-government relations between the DOI and tribes. The committee is composed of a primary tribal representative from each of the 12 Bureau of Indian Affairs (BIA) Regions, as well as one alternate from each region. As the primary member of the BIA’s Pacific Region, Pinto will represent more than 100 federally-recognized tribes throughout California.

“Tribal members who are joining the first-ever Secretary’s Tribal Advisory Committee will be integral to ensuring tribal leaders can engage at the highest levels of the Department on issues that matter most to their people,” said Secretary of the Interior Deb Haaland. “I look forward to continued engagement and ensuring that the Department honors and strengthens our nation-to-nation relationships with tribes.”

“I’m very honored to be chosen to serve as a guiding voice on the STAC,” said Chairwoman Pinto. “Representing my people on this scale and helping to shape policies that affect all tribes across the U.S. will truly be one of the highlights of my life. I thank Secretary Haaland for appointing me to serve on the STAC.”

Chairwoman Pinto has been involved with the JIV Tribal Council since 1997. In 2015, she was the first woman elected Chairwoman of the JIV, and has led the tribe to make significant economic progress on its path to self-reliance. Under Pinto’s leadership on the Tribal Council, the JIV oversaw the groundbreaking of a gaming facility on its reservation in February 2014. In October 2016, Jamul Casino opened, creating nearly 1,000 permanent jobs. She continues working to expand the tribe’s land base and increase economic opportunities for members of the JIV. She is also co-founder of the Acorns to Oaks Tribal program, which organizes activities designed to help prevent drug and alcohol abuse and teen pregnancy, and promote education.

Pinto serves on the board of the Southern California Tribal Chairman’s Association and as Chair of the Board of Directors for the Southern Indian Health Council. She also chairs the Health & Safety Task Force for the Tribal Government, Casino and Gaming Commission, which was created at the onset of the COVID-19 pandemic in the spring of 2020. She is a Transportation Committee Advisory Board Member and co-chair of the Interagency Technical Working Group on Tribal Transportation Issues with the San Diego Association of Governments (SANDAG) as well as an Advisory Board Member for the Native American Advisory Committee (NAAC). She also serves on the San Diego International Film Festival Native American Advisory Board.