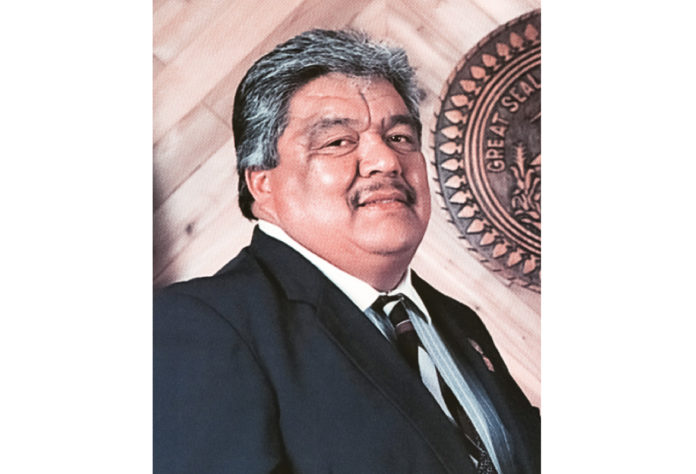 WINDOW ROCK, AZ – The 24th Navajo Nation Council offered condolences to the family and friends of former Speaker of the Navajo Nation Council and Navajo Nation President, Honorable Kelsey Begaye. Begaye was of the Ashiihi (Salt people) clan and born for the Todich’iinii (Bitter water) clan. His maternal grandparents are the Honaghaahnii (One-walks-around) clan and his paternal grandparents are the Kinyaa’aanii (Towering House) clan. In 1991, Begaye began his political career as a council delegate for his respective community of Kaibeto, AZ. He later went on to hold the position of Speaker of the Council before becoming the fifth Navajo Nation President in 1999.

Speaker Damon ordered the flags in front of the Navajo Nation Council Chamber in Window Rock be raised at half-staff during this period.