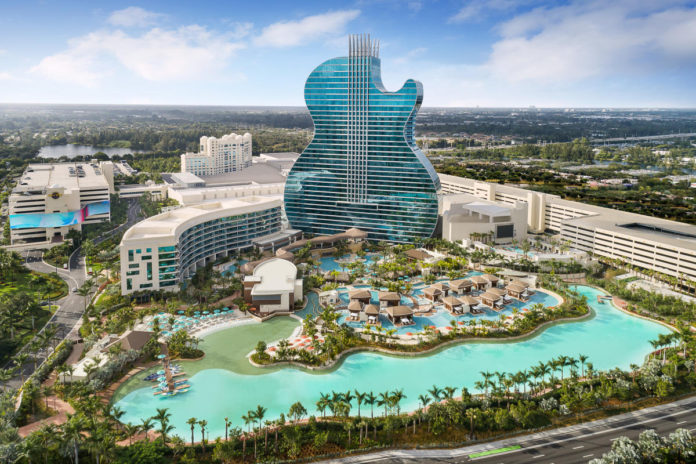 Ninety-five job classifications – including cooks, housekeepers, security, public space, and call center – are among the greatest impacted. In some cases, starting wages are increasing by over 60 percent. The new starting wages range between $18 and $21 an hour, with minimal exceptions – more than 2.5 times the federal minimum wage and exceeding each U.S. state minimum wage.

This recent $100 million investment in its team members is part of an ongoing effort to honor and appreciate its workforce, which has recently included paying frontline employees bonuses during the pandemic and other expanded benefits. It puts Hard Rock International and Seminole Gaming at the forefront of the gaming and hospitality industries, among those companies offering the most competitive wages.

“My career has encompassed over four decades and I have never been involved in such a historic event,” said Jim Allen, Chairman of Hard Rock International, CEO of Seminole Gaming. “The support the Seminole Tribe of Florida has given me to enhance the standard of living for so many people is a dream come true. We have changed people’s lives and I’m proud to be a part of it.”

For the last several years, Forbes has recognized Hard Rock as one of the top employers for women, for new graduates, for diversity and as America’s best large employer in the entertainment and hospitality industry. Additionally, Seminole Hard Rock and Hard Rock Online Casino was awarded employer of choice in the 2022 Casino Gaming Executive Satisfaction Survey. Hard Rock International and Seminole Gaming continually invest in programs that empower and support team members’ professional career growth by offering unique benefits like tuition reimbursement and mentorship for women.

There are currently over 1,600 Hard Rock International and Seminole Gaming jobs open at the new higher starting wage rates.