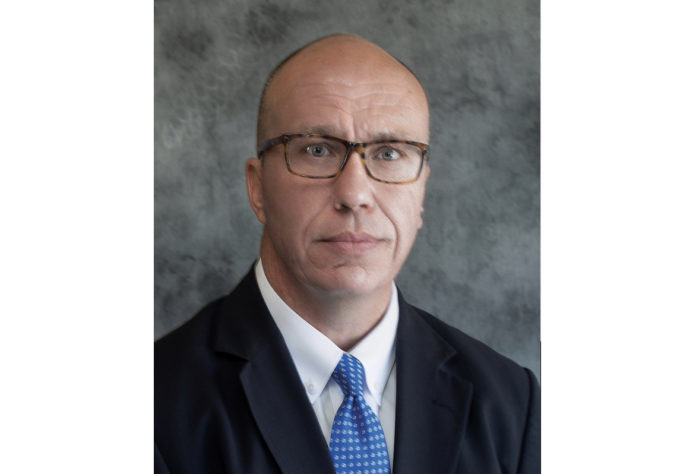 Human Resources needs to know a lot about all of the acronyms (FLSA, FMLA, NLRA and more) and the numbers (I-9, 638 funds and PL 101-630), and for those HR professionals serving tribal casinos, in addition to the acronyms and numbers, insight regarding gaming is a prerequisite to success. Below is a list of eleven guidelines HR needs to know about to navigate some of the unique aspects of the relevant rules.

Role of the Gaming Commission

Gaming is a highly regulated environment and there is a case to be made that tribal gaming is the most regulated gaming. The most regulated gaming claim stems from the reality that commercial gaming (Las Vegas) has one regulator while every tribe engaged in gaming has the primary responsibility to regulate that gaming. In most instances, tribes create a gaming regulator called the Gaming Commission or Tribal Gaming Agency and that entity has the delegated responsibility to regulate the tribe’s gaming enterprise or enterprises. That regulator, dedicated to just regulating the tribe’s gaming enterprise or enterprises, concentrates significant regulatory oversight on tribal gaming which does not happen in Las Vegas which has one regulator for the entire state. Now, along with the dedicated tribal regulator, the states and the federal governments also have a role in regulating the tribal casino, but at a distance which is defined through the Indian Gaming Regulatory Act and the compacts (agreements) between the tribes and the state where the enterprise is located.

The Family & Medical Leave Act, may or may not apply (see analysis below), defines a key employee as among the highest paid 10 percent of all the employer’s employees who are employed within 75 miles of the worksite. See 29 C.F.R. Section 825.207. IGRA, and its interpretive regulations, define key employee differently as a person who performs one or more of the following functions: bingo caller, counting room supervisor, chief of security (read security director), custodian of gaming supplies or cash, floor manager, pit boss, dealer, croupier, approver of credit, custodian of gambling devices including persons with access to cash and accounting records within such devices, anyone making more than $50,000 per year, and maybe others. In policy when addressing a key employee consideration should be given to context.  Is the policy addressing an FMLA key employee or an IGRA key employee? Paying attention to context can avoid confusion.

Unlike the dual definitions of key employees, the definition of primary management official is not blurred by competing laws, but HR needs insight on the definition because of the unintended consequences of sloppy writing when drafting job descriptions. A primary management official (PMO) is a person having management responsibility of a management contract (separately defined by 25 C.F.R. Section 502.18) or any person who has the authority to (1) hire and fire employees; (2) set up working policy for the casino; (3) the chief financial officer or other person who has financial management responsibility; or (4) any other position designated as a PMO by the tribe’s gaming commission.  For licensing purposes, there is more scrutiny of PMOs by gaming commissions than other categories of licensure, and since people are placed into licensing categories by their job function to a significant degree, some care should be taken in drafting job descriptions with an understanding of what is delegated to that employee, and what are the intended and unintended consequences. For example, it is convenient to delegate the authority to hire and fire employees to all casino directors and managers since an employee might get let go at 2:30 a.m. for a serious infraction, but that delegation of authority pushes directors and managers into PMO licensing and more scrutiny from the regulator. That choice, in turn, shrinks the available candidates for those positions. The better option is do not give directors and managers the authority to fire employees and instead give them the power to send someone home, seek the assistance of HR to investigate the incident, and thereafter, with the general manager’s signature, fire the employee if the facts and policy support that option.

Some of the federal acronyms (FMLA, FLSA, NLRA, ADEA, OSHA) do not explicitly address the question of applicability to tribal employers.  The silence in the law could be interpreted as an intent by the federal government not to impose those laws on tribal employers. But some courts, and all of the federal agencies, have unmuted the statutory silence to argue that the laws apply. Accordingly, depending on which federal circuit court of appeals is deciding the case, and depending on the facts of the case, there is an argument that the above referenced federal laws apply and an argument they do not apply. In response to those arguments on applicability, some tribal employers follow the federal laws, some adhere to the federal standards but not the law and some tribal employers reject the federal law. The tribe’s risk tolerance needs to be measured before deciding how the tribe will address this question. The question should be answered by tribal leadership with the benefit of the voices from HR, elders, leaders and others.

As a general rule state employment laws and regulations do not apply to tribal employers, but that presumption may be undermined by an agreement between the tribe and the state. That agreement is called a compact which is required by IGRA if the tribe offers slot machines, blackjack and other so-called Las Vegas style games. Some compacts include relatively small encroachments on tribal sovereignty by requiring tribal casinos to provide workers compensation coverage to employees. On the other hand, some compacts (such as California) include agreements to follow significant portions of state employment law. Reading the fine print in the compact to determine which state laws, if any, may apply is a necessary requirement for casino human resources professionals. Thereafter, including those laws in policy and training is necessary. All of the compacts are
available for public review at the NIGC’s website.

Federal law through 18 U.S.C. Section 1161 and the United States Supreme Court in Rice v. Rehner (1983) both declare a role for the states in regulating the sale of alcohol within tribal casinos. As a general rule, state laws do not apply to tribal employers but one of the exceptions to that general rule is the sale of alcohol. Therefore, human resources help their colleagues bring effective training to employees regarding the sale of alcohol and the protocols for evaluating when a patron’s request for another drink must be denied.

Casinos Need to Perform Due Diligence in Hiring

The Indian Child Protection and Family Violence Prevention Act is found at 25 U.S.C. Section 3201 or at P.L. 101-630. Because of the length of the law’s title, people refer to this law by its numbers (101-630) instead of its name. 101-630 compliance requires tribal employers to evaluate the backgrounds and characters of employees who have regular contact with children. Since children cannot gamble, there is a notion that tribal gaming enterprises do not have to comply with 101-630, but that notion is a gamble now that gaming enterprises are opening family play parks, arcades and childcare. The background check and character assessment required under 101-630 is not the same as the analysis provided by the gaming commission in evaluating prospective and current employees for gaming licenses. Review your list of employees and determine if their jobs will bring them into regular contact with children and if the answer is in the affirmative, comply with 101-630. Note, the tribe’s version of 101-630 may have a broader scope and may apply to categories of workers which the federal law does not apply. Check to see if the tribe has adopted standards which exceed the federal requirements.

The Rules are Different at the Casino

The tribal government will define the terms and conditions of employment in a handbook, which is different from the handbook used by the casino. Frequently, the tribal government’s handbook will include generous lists of paid holiday leave and other benefits that might not be enjoyed by all casino employees. Because of this difference between the rules for government employees and casino employees, casino HR professionals will inevitably encounter the “It’s not fair” argument from a casino employee who has compared the rules. On the surface, the fairness argument might have some legitimacy, but employees cannot assert the expectations or benefits defined by other employers.

Just as HR has its own jargon, gaming has its lingo or language. IGRA created different classes of games and there is a significant difference between the NIGC and NIGA. For HR to be effective, its professionals must have a working knowledge of gaming lingo.

Richard McGee is a Minneapolis based lawyer with a focus on tribal employment and gaming regulation. He can be reached by calling (612) 812-9673 or email [email protected].