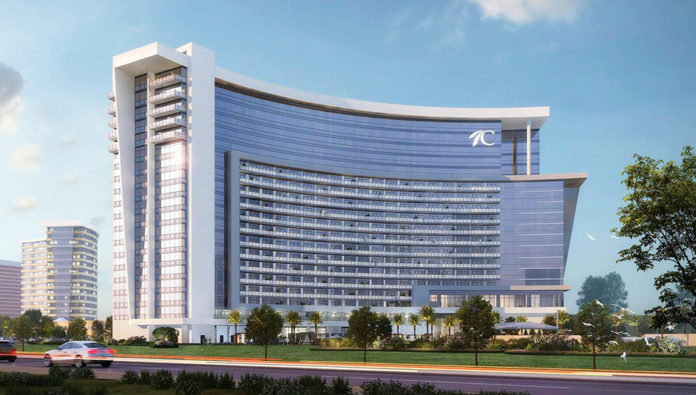 DURANT, OK – In honor of 35 years of exceeding guests’ expectations in the gaming and resort industry, Choctaw Casino & Resort – Durant is commemorating the anniversary of the first casino in southeastern Oklahoma with a month-long celebration. The festivities begin on August 5 and includes concerts and $2 million in cash giveaways.

In 1987, the Choctaw Bingo Hall – a 28,000 sq. ft. facility – opened attracting players not only from Oklahoma, but across the Red River in Texas. In 2006, Choctaw Casino & Resort – Durant opened, consisting of a 100,000 sq. ft. casino and hotel. Since then, the property has undergone five major expansion projects including the addition of a 12-story hotel tower in 2010, major upgrades to the Choctaw Lodge and Choctaw Inn in 2012, and the opening of Grand Tower, Grand Theater and The District family entertainment center in 2012. The Sky Tower opened in 2021 featuring a 21-story luxury tower that included expanded gaming, elevated amenities, restaurants, lounges, entertainment options and a world-class collection of Choctaw art.

For the last 35 years, Choctaw Casino & Resort – Durant has also provided thousands of associates with job opportunities. At least three of those associates have been with the casino since the original Choctaw Bingo Hall opened including: Janie Dillard, Senior Executive Officer; Diane Perrin, Resort Retail Director; and Reynella Powell, Commerce Senior Accounting Manger.

“Our associates are truly dedicated to enriching the lives of both tribal and non-tribal members,” said Choctaw Nation Chief Gary Batton. “We are proud to have them on our team, ensuring we provide the same great service to our guests.”