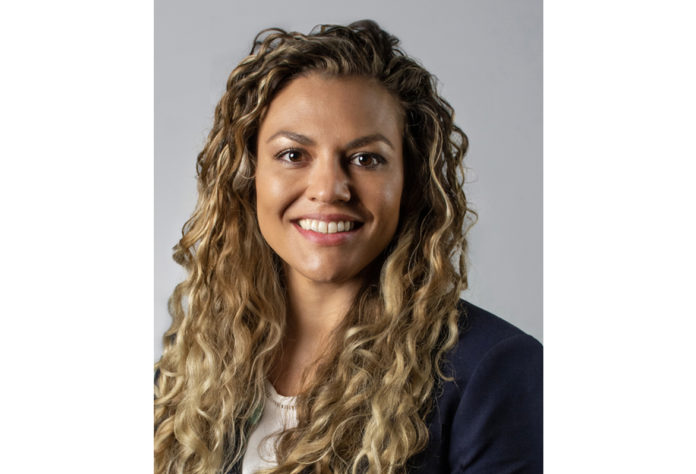 Scott was appointed by Principal Chief Chuck Hoskin Jr., and unanimously confirmed by the Cherokee Council as the tribe’s treasurer in August 2019, overseeing Cherokee Nation’s more than $1.5 billion government budget and managing more than 100 employees across a number of finance related departments.

“Tralynna Scott has performed extraordinary work during extraordinary times in the Cherokee Nation,” said Chief Hoskin. “I am beyond proud of her work. More importantly, her work has helped improve the lives of hundreds of thousands of Cherokees. In just two years she has been instrumental to Cherokee Nation navigating the worst public health crisis in living memory. She did so while helping craft record-setting budgets, achieving clean audits and securing overall financial strength for our nation. Tralynna Scott will continue to provide indispensable leadership to Cherokee Nation and Cherokee Nation Businesses as she takes on this new opportunity.”

As Chief Economist, Scott, of Bixby, will return to Cherokee Nation Businesses (CNB), where she worked in accounting and legal capacities for 14 years before becoming the tribe’s treasurer. In her new role, Scott will analyze regional and global economic conditions and develop economic impact studies to help guide future growth and investment of CNB.

Chief Hoskin also announced he will appoint Scott to be the tribe’s Special Envoy to the United States Department of the Treasury. The Special Envoy’s role will primarily be to serve on the Treasury Tribal Advisory Committee (TTAC), to which Scott has a pending nomination.

“Treasurer Scott has been indispensable to our success at Cherokee Nation these past two years serving as a strong matriarch, working immensely to help our tribe and tribal citizens, and at home as a mother of two,” said Cherokee Nation Deputy Chief Bryan Warner. “That dedication and drive is commendable and with her continued leadership at CNB, I know that success will continue.”

Scott said she is proud of her service as treasurer but looks forward to returning her focus to the tribe’s business arm.

“I am very grateful for the trust Chief Hoskin and the Council showed in me as treasurer,” said Scott. “My team and I worked hard, day in and day out, during two years of growth during which we faced down a potential fiscal crisis due to the COVID-19 pandemic. We leaned into each challenge. As a result, Cherokee Nation not only weathered the storm, but is now in a stronger position than where it was just two years ago. I’m proud of this work and excited about the future in executive leadership for Cherokee Nation and our businesses.”

During Scott’s time as treasurer, Cherokee Nation received clean audits including its spending of federal funds under the Coronavirus Aid, Relief, and Economic Security (CARES) Act.

Scott was an architect of the tribe’s CARES Act spending plan, known as the Respond, Recover and Rebuild (RRR) Plan. Under RRR, the tribe has directed hundreds of millions of dollars toward individual assistance, infrastructure, education, housing and health care, among other areas of COVID-19 pandemic response and recovery.

In May, Cherokee Nation announced it would use its initial $1.8 billion in American Rescue Plan Act funds to continue to expand its RRR plan, including $2,000 in direct COVID impact payments to citizens. Scott helped develop and present a broad ARPA spending plan and initial budget, including funding for the $2,000, to the Council, which approved the measure by a vote of 16-1.

Scott’s tenure was also marked by a sharp increase in the tribe’s spending on its criminal justice system due to the implications of the U.S. Supreme Court’s McGirt case expanding Cherokee Nation jurisdiction. Scott served on the Cherokee Nation Sovereignty Commission, which analyzed McGirt’s impact on the tribe, including the need to identify at least $35 million in new dollars annually for criminal justice.

“Tralynna Scott has a tremendous work ethic, a sharp intellect and heart for her fellow Cherokees,” said Chuck Garrett, Chief Executive Officer of CNB. “All of these qualities will help guide CNB into a bright future. We are positioning the company for long-term growth, always with a focus on how we can best serve Cherokee Nation and its citizens. Tralynna’s education and professional background, coupled with her unique perspective in high-level public service, makes her an excellent fit as Chief Economist.”

Scott will transition to her new position prior to September 30, 2021, the end of the tribe’s fiscal year. Chief Hoskin expects to appoint a new treasurer, subject to confirmation by the Council of the Cherokee Nation, within the next few weeks.