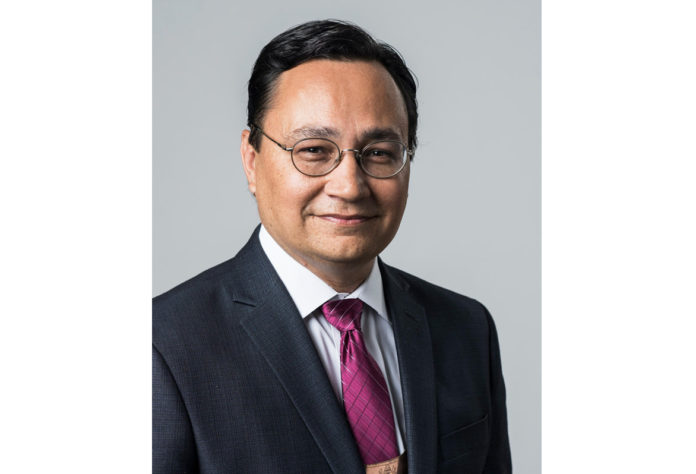 “On behalf of the IEDC board of directors and Honorary Awards Committee, congratulations to Principal Chief Chuck Hoskin Jr.,” said Tom Kucharski, 2021 IEDC Board Chair. “His outstanding achievements, hard work and dedicated service to the profession goes above and beyond to improve the quality of life for others.”

The Leadership for Public Service Award recognizes an elected official who has served as a committed advocate for economic development for at least 10 years in the public sector.

“An award like this means that I have had the good fortune of working with the best in economic development,” said Chief Hoskin in accepting the award. “From our team at Cherokee Nation to great partners like the Tulsa Regional Chamber, opportunities to increase the economic vitality of the region abound, and we are always poised to seize these opportunities.”

Principal Chief Chuck Hoskin Jr. started his 15 years of public service as a member of the Council of the Cherokee Nation. Prior to his election as Principal Chief, he served as Secretary of State under Principal Chief Bill John Baker where he worked with Chief Baker to secure funding for better health care for all Cherokees and advocate for sovereignty protection, increase the minimum wage and preserve the Cherokee language and culture.

“Chief Hoskin exemplifies the very best in economic development,” said Mike Neal, President and CEO of the Tulsa Regional Chamber, which nominated Chief Hoskin for the honor. “He works collaboratively with communities and industry leaders. He ensures the success of transformational projects. And he represents his constituents as a leader and advocate. He is amply deserving of IEDC’s Leadership Award for Public Service.”