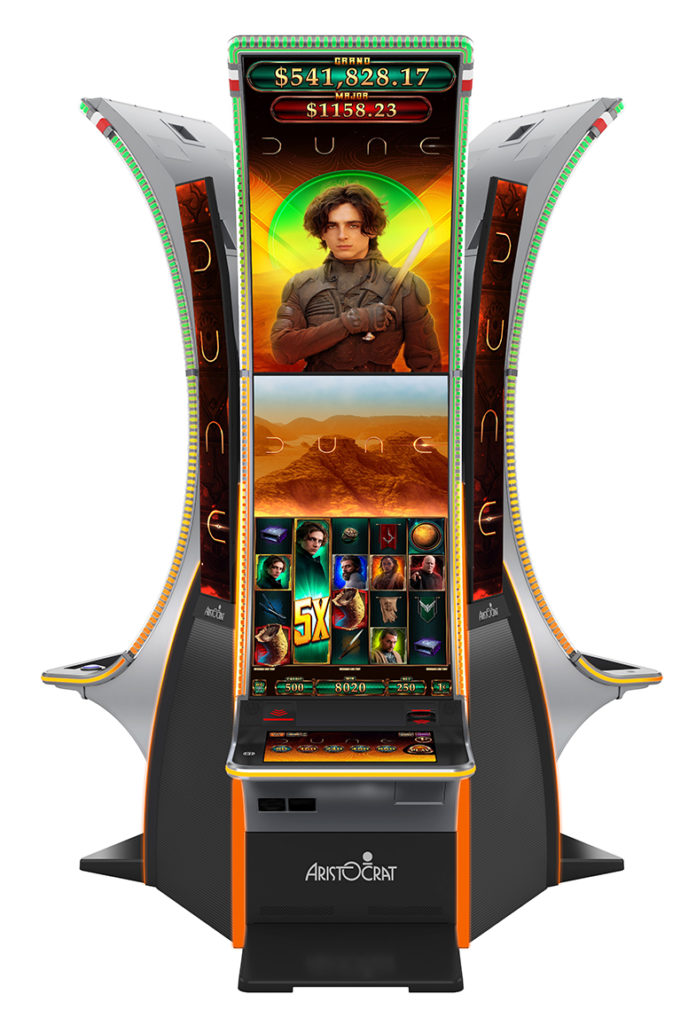 “We are thrilled to have the privilege of releasing the Dune slot game alongside the feature film for the first time in company history,” said Jon Hanlin, Aristocrat Gaming’s Senior Vice President of Commercial Strategy and Business Analytics. “Once players leave the movie theater, they can continue the story and fun on casino floors nationwide.”

An adaptation of Frank Herbert’s seminal best-selling book from Academy Award-nominated filmmaker Denis Villeneuve (Arrival, Blade Runner 2049), Dune opened around the world beginning Sept. 15, and in the U.S. it will open on Oct. 22 in theaters and on HBO Max. Dune the slot game will feature a generous number of sights and sounds from the film with themed game play unique to the game.

Dune the slot game appears on Aristocrat’s new Neptune Double™ cabinet. Neptune Double provides players with a theatrical-style experience with curved 49-inch monitors and 4K visuals, state-of-the-art sound, and a custom-designed, adjustable sound chair. The game has a $500,000 multi-site progressive jackpot. Unique to Dune, are new mechanics such as multiplier stacks, which add increased volatility and excitement to the base game, and frequent scatter triggered features use proven game mechanics in new ways.