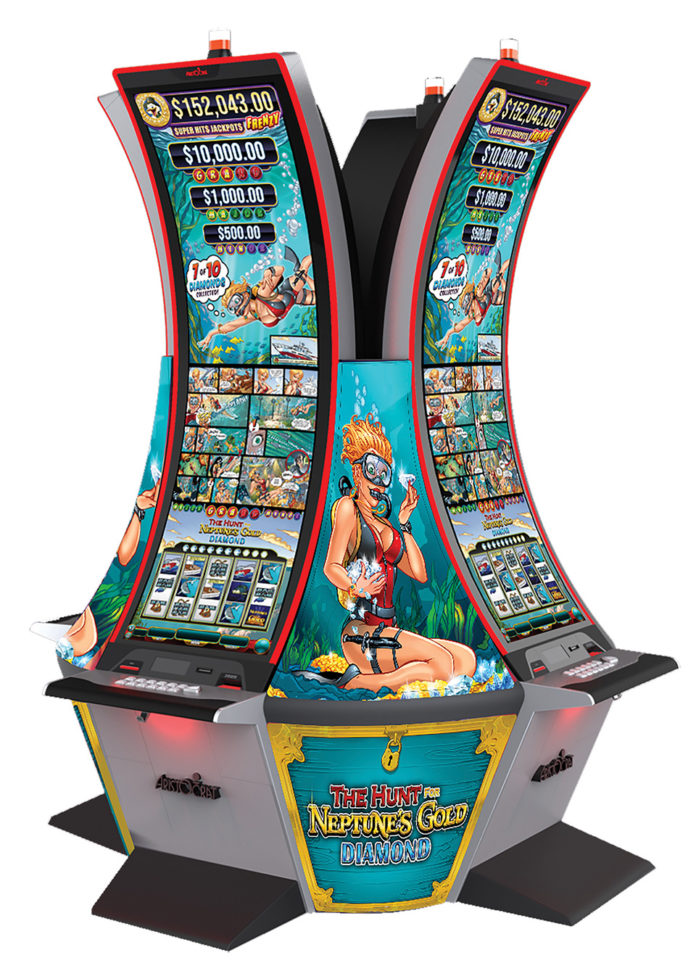 The all-new Hunt for Neptune’s Gold Diamond™ appears on the Arc Double™ cabinet and has a Super Hits Frenzy $100,000 MSP jackpot as well as seven new features that appear frequently in this high-volatility game.

The Red Screen Free Spins™ bonus feature fills the entire 7-ft. game screen, and you never know how many times the reels will respin. Shark Attack bonus is triggered by Shark symbols on lines 1, 2, and 3, and the Shark drops random bonuses on the reels. What’s that behind you? A Mega Shark, which multiplies wins. The Minefield bonus is loaded with awards ready to be picked, and in the Neptune’s Maze feature, revealed credits are added to total prize. The longer players enjoy Hunt for Neptune’s Gold Diamond, the more chances they have to randomly collect 10 diamonds and trigger bonuses. An easy-to-see counter at the top helps players track how many diamonds they have collected. Match two diamond values to win that amount. Newton the Nudger is a gremlin that lives inside the game and randomly appears to change a losing spin to a win. In the Jewel Swim feature, the lead character Jewel randomly awards Neptune’s gems and diamonds as she swims across the screen.