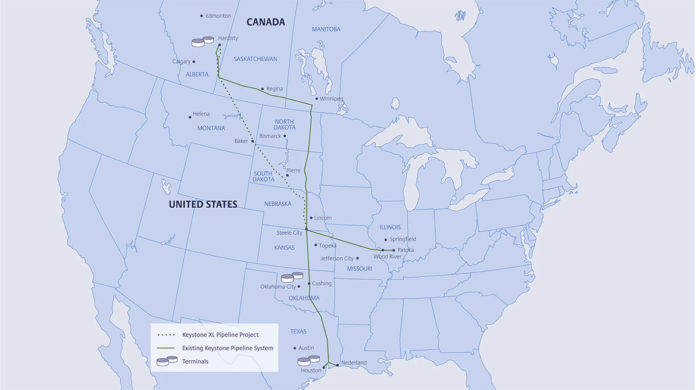 TransCanada (TC Energy) has announced that it is terminating its Keystone XL (KXL) pipeline project. The Canadian pipeline had generated controversy across North America for years, particularly among the tribes, people and sacred places in the path of the pipeline, as well as environmentalists.

“This is great news for the tribes who have been fighting to protect our people and our lands,” said Rodney M. Bordeaux, Rosebud Sioux Tribe President. “The treaties and laws guarantee us protections, and we are committed to see that those laws are upheld.”

“The TransCanada announcement is a relief to those of us who stood in the pipeline’s path,” said Andy Werk, Fort Belknap Indian Community President. “We were not willing to sacrifice our water or safety for the financial benefit of a trans-national corporation. We are thrilled that the project has been canceled.”