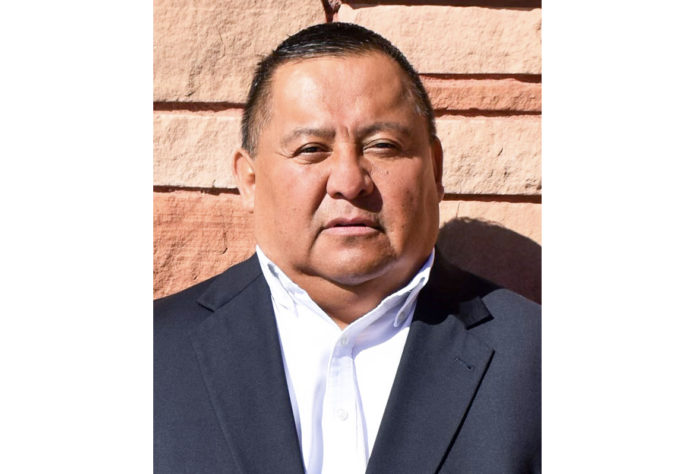 Platero has served as the Division Director for the Navajo Nation Division of General Services since February. He previously served as the Executive Director of the Navajo Nation Office of Legislative Services from 2012 to 2020. Current Deputy Director, Loretta Largo, will be delegated the duties of the Division of General Services Division Director position while Platero oversees the Fiscal Recovery Fund Office.

Platero is Táchii’nii and born for Tó baazhni’ázhi. He is originally from Round Rock, AZ on the Navajo Nation.

“Mr. Platero’s knowledge and experience will serve to move our Nation forward with the full implementation of the American Rescue Plan Act funds,” said President Nez. “He has extensive experience working with the executive and legislative branches and understands the internal processes and challenges that have to be addressed to advance the use of the fiscal recovery funds. Under his leadership, the Division of General Services has made many positive changes internally and we have full confidence that delegated-Director Loretta Largo will do a great job and carry on those improvements. The implementation of the ARPA funds is a once in a lifetime opportunity to invest in the future of the Navajo people and to provide relief for our people now, as well.”

“We want this office to succeed. By that, we mean carrying out the responsibilities thoroughly and with accountability and transparency while implementing the ARPA funds to help our people and our communities, in the short-term and long-term,” said Vice President Lizer. “Mr. Platero has proven to be a person who can create change and get things accomplished. He has our full support as we move forward.”

The Fiscal Recovery Fund Office will initially be housed at the Navajo Division of Transportation office complex, located near Window Rock, AZ, while other office locations are considered. Platero stated that he plans to have the office operating by next week and will begin the process of staffing the office immediately.

“This office plays a major role in moving our Nation forward, together,” said Platero. “I appreciate the support and confidence of President Nez and Vice President Lizer. I am excited to take on the challenge of getting this office into full operation and helping our people.”

The Nez-Lizer Administration is working diligently with the legislative branch to prepare expenditure plans and legislation for hardship assistance, infrastructure development, and other priorities for the Navajo people. The introduction of legislation is expected to begin next week.