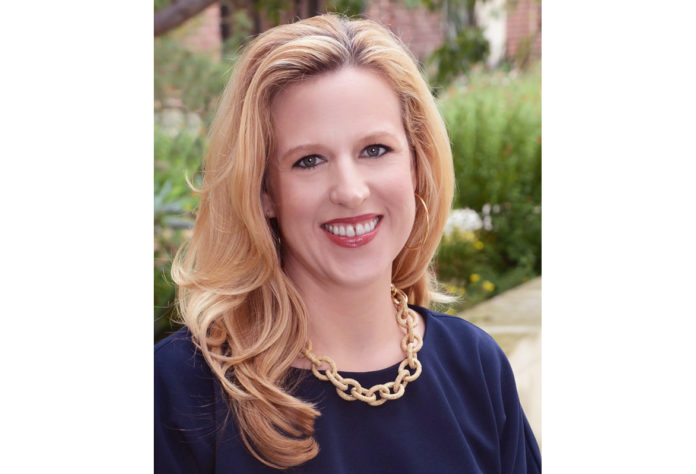 “Ms. Young is a Chickasaw citizen who has dedicated her life to public service and the pursuit of justice,” said Governor Anoatubby. “She carries on a legacy of public service as a descendant of Chickasaw Nation Governor Winchester Colbert, who served the Chickasaw people through various roles.”

“Throughout our history, Chickasaw women played an important role in our community, and they still do today,” said Governor Anoatubby. “They are resilient, brave, dedicated, selfless, and we often use the word dynamic, which captures the many characteristics that describe Chickasaw women.”

The Dynamic Woman of the Year Award began in October 2006. Young is the 17th Chickasaw woman to be honored with the title.

Young has more than 25 years of experience in government and currently serves as the Senior Vice President for Corporate and Regulatory Affairs at Cognizant Technology Solutions. She is also a director of the Cognizant Foundation and in addition, serves on the Halliburton Board of Directors.

“I am so grateful to receive this honor,” said Young of the Dynamic Woman of the Year Award. “[My father] instilled the Chickasaw pride in me by teaching me about our family and about the stories of our people. I learned about our ancestors serving in tribal government before removal, our recognition of a woman’s rights in owning property – recognized before the U.S. government did.”

Young serves as a co-chair of the Women’s Democracy Network for the International Republican Institute (IRI). She also serves on IRI’s advisory council.

Additionally, Young served as U.S. Supreme Court Justice Neil Gorsuch’s legal agent for his New York Times’ bestseller A Republic, If You Can Keep It. In Austin, TX, she has been active in supporting children through organizations, including Literacy First and the National Center for Missing and Exploited Children. She was appointed as U.S. Supreme Court clerk for the 2018-2019 session by Justice Gorsuch, which made her the first enrolled citizen of a First American tribe to serve in this position. It also made her the third Oklahoman to retain this position.

In the start of her career, Young was the youngest press secretary on Capitol Hill working for Oklahoma Rep. J.C. Watts Jr. She also served as communications director for now-Sen. Jerry Moran, and as a clerk for Judge Jermone A. Holmes of the U.S. Court of Appeals for the Tenth Circuit.

“As an Oklahoman and a Chickasaw, she is proud to represent her home state and her tribe,” said Governor Anoatubby. “She credits her success to remembering who she is and where she comes from. Today, we recognize Ms. Tobi Young as a dynamic Chickasaw woman, a leader in our community, and a dedicated public servant and accomplished attorney.”