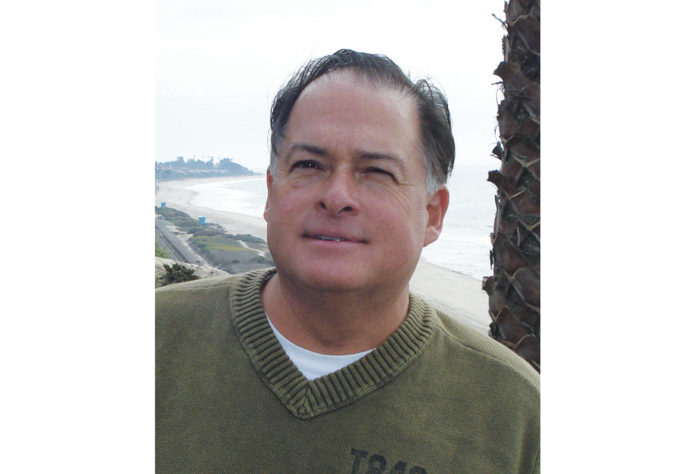 Like many of you, I woke up one morning in January to the news of an epidemic in China. People contracting a virus were dying. Chinese citizens were ordered to remain in their homes and the government was restricting movement and mass congregation. I did not give the matter much thought as epidemics had happened before in Asia, Africa, and other places thousands of miles from my home in the U.S. I was about as worried about a global pandemic as I was of an asteroid striking the planet and ending life as we know it.

Fast-forward to the middle of March, as thousands of Americans contracted the COIVD-19 virus, I watched as my place of business was shuttered, like many others across the country, and the office dwindled to a few of us charged with keeping the lights on. The office silence was more than a little disconcerting. Prior to this, I had never heard the term COVID-19 or coronavirus, a regal-sounding name that has turned out to be the king of human killers the world over.

We soon became accustomed to avoiding each other, confining ourselves to our homes, and since I spend a great deal of time working away from my home, it would be nearly four months before I would see my wife and children again. The eerie footage of vacant city streets in New York, Paris, San Francisco, London, and other cities around the world reminded us of what a post-Armageddon planet might look like. We kept ourselves occupied, thinking that in a few weeks it would probably be safe enough to return to normal.

The world did attempt a return to a semblance of normal beginning in June, but we were reminded that the invisible killer was still among us, and after taking thousands of precious lives, we were admonished to keep our distance from each other, to wash our hands frequently and vigorously, and to wear a face mask when near others. The face mask we were told would cut down on virus transmission from one person to another. We were told that the mask should cover both mouth and nose.

Now, we are both a visual and a social species. Most of us don’t do well keeping our distance from each other, denied the  ability to touch, hug, or even greet each other with a simple handshake. Add to this the fact that we are now denied seeing the bottom half of the faces we meet. No smiles, no frowns, no pursued lips, or gleaming teeth. They say the eyes are the windows to the soul, and lately, most of us have fine-tuned our ability to read volumes from the glistening orbs looking back at us. We have become much more expressive in the words we say and the gestures we make. Instead of relying on a smile, we tell people when we are happy or pleased. Likewise, and unfortunately, instead of relying on a frown, we’ve turned to angry and hurtful words to rebuke a perceived slight.

At the beginning of the pandemic, I would leave the house without my face mask and would have to return to obtain one. Now, I have an assortment of masks in my vehicle (thanks to my wife sewing literally hundreds of them over the past few months), alongside my antiseptic wipes and hand sanitizer. I have several masks hung on a peg next to my car keys, and stuff a couple in my pocket before leaving the house.

After several hundred thousand deaths in this country and millions of people infected with the COVID-19 virus worldwide, and no end in sight at this point in time, the face mask will be the defining symbol of this cataclysmic event in history. Just as Rosie the Riveter was the symbol of World War II, the peace sign was the symbol of the turbulent sixties and the anti-war seventies, and the American flag the rallying symbol of post-9/11, the face mask will be the insignia of this era in history. It’s interesting to note that the previous symbols mentioned were insignia of strength and hope, while the ubiquitous face mask is a symbol of isolation and resignation.

The face mask has also become a rallying point for divisiveness in our society. There are those who criticize people who choose not to wear a mask in public and others who ridicule as a sign of weakness those who do wear a mask. The challenges pulling our countrymen into their respective corners of unyielding passionate conviction are many and include this biologic entity that has adversely affected millions of individuals and families across the world. Those who see COVID-19 as a significant threat are pitted against those who see it as no more threatening than the flu. One would think that the one thing that we could stand united against is an entity that indiscriminately destroys our family members, neighbors,  co-workers, and countrymen, not to mention the millions of people inhabiting other parts of the world.

As a young boy, I watched the unending death toll of American soldiers during the Vietnam War. I remember thinking, this is the way the world will forever be, a war with no end in sight. After 9/11, I remember thinking, our world is forever changed. We will fight terrorism and those dedicated to the destruction of our way of life until the end of time. For some reason, many do not see COVID-19 in the same light. We make plans as if life will return to normal at some point in the near future. The experts tell us that we are not likely to see a return to some semblance of normal from COVID-19 until the end of 2023. That means an absence or significant reduction in concerts, music and art festivals, conferences and in-person meetings, movie theatres, Broadway shows, graduations, amusement parks, cruises, and other activities where people congregate or come together.

The reality is that thousands of jobs will not be coming back and hundreds of thousands of our citizens will not have jobs to return to. Being denied a salary and the ability to pay for life’s basic necessities is certainly bad enough, but many people find their identity and self-worth within their occupation and the stress many of our citizens are enduring is beyond comprehension. Compounding this dynamic is the fact that life’s other catastrophes have not taken a hiatus. Rampant forest fires in the western U.S. and unprecedented hurricanes and storms affecting the Gulf states and southern islands have reached levels never before witnessed in history.

So what’s the point of all this? You live in the same world I do and much of what you’ve read here is certainly not news to you. The point is that we need to come together as a nation and as a world, clearly define the threats that jeopardize life, and rally around real solutions that move the needle in the direction of protection of life and prosperity. Remember how you felt in the days after September 11th, 2001? We were protective of each other. We treated each other with kindness, and we were united in our grief over our lost countrymen. Well, we are losing our men, women, and children to an invisible killer no less indiscriminate than terrorists. We have adversely impacted our environment to the point that large portions of our planet are inhospitable. We divide ourselves into competing camps based on race, ethnicity, religious preference, politics, and socio-economic status, when the reality is that we are more similar in biology and beliefs to each other than we realize. What human on this planet does not aspire to build a better life for their children than they had growing up?

We need to work toward a day when face masks will no longer be needed, when clean water and air are plentiful, and when our natural resources are so well-managed that there will be plenty for everyone for generations to come. We need to aspire to a world where we support each other to achieve the potential greatness in each of us. We need to rally against evil and rely on our strongest to protect our weakest. How about we rally around the future of our children and our children’s children? In the meantime, I will be casting my gaze upward, looking for that asteroid. Be well, stay healthy.

David Vialpando is Vice-Chairman of Tribal Gaming Protection Network. He can be reached by calling (269) 926-5485 or email david.vialpando@pokagonband-nsn.gov.