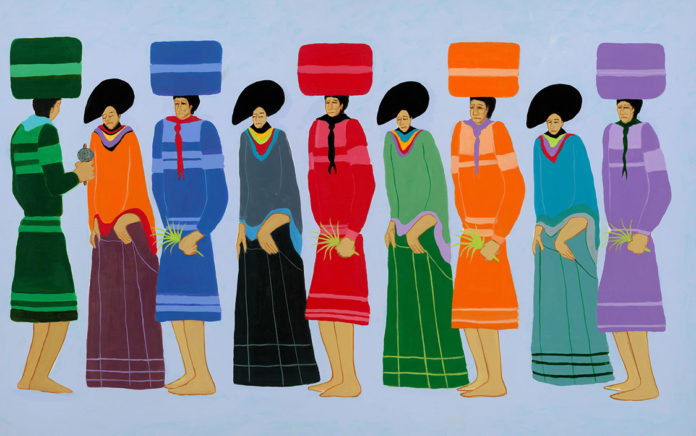 Over 20 pieces are now on display from the revered Seminole artist Jimmy Osceola who passed away in 2021. The collection exhibits his large and colorful persona and culturally significant artwork. The opening reception will take place Thursday, Jan. 26, at 10:30am. The reception is open to the public and included with museum admission.

Osceola was a self-taught artist who developed his own unique style. He felt it was important to show the Seminole people surviving, developing their culture, and loving each other. He hoped his art would help the younger generation to visualize how their people developed to what it is today and to remember Seminole cultural history.

The Ah-Tah-Thi-Ki Museum opened in 1997 and is owned and operated by the Seminole Tribe of Florida. Situated in the Everglades on a 66-acre cypress dome on the Big Cypress Seminole Indian Reservation, the museum offers more than 5,000 sq. ft. of gallery space. Exhibits feature rare artifacts and lifelike dioramas that depict Seminole life at the turn of the century. In 2009, the museum became the first tribally governed museum to be accredited by the American Alliance of Museums. Ah-Tah-Thi-Ki Museum is located at 34725 W. Boundary Road, Clewiston, FL.