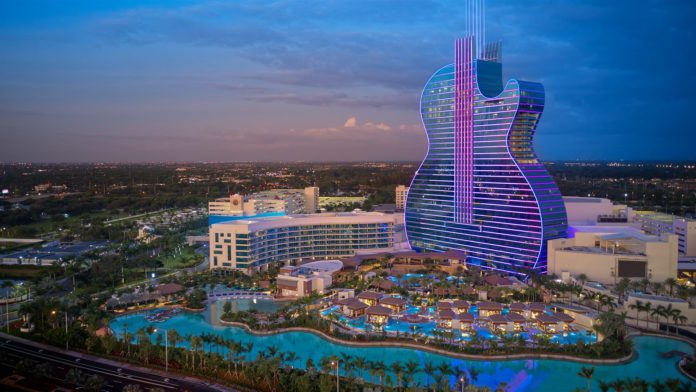 HOLLYWOOD, FL – Casino gaming industry executives have voted Seminole Hard Rock as the top “Employer of Choice” in the gaming industry, according to results of the latest Casino Gaming Executive Satisfaction Survey, which rated 34 casino companies or standalone casinos. Nearly one-third of 1,064 unique casino gaming industry executives ranked it as their top pick among brick and mortar casino companies. Seminole Hard Rock has held the survey’s top spot for five out of the past six years.

For the second year in a row, Hard Rock Online Casino was voted “Employer of Choice” among 29 iGaming and mobile sports betting organizations.

Survey respondents were asked to list their top two employers of interest.  In previous years, respondents were asked to name their top three employers of interest.  The survey is produced jointly by Bristol Associates, Inc., and Spectrum Gaming Group. This outcome marks the 20th Annual Casino Gaming Executive Satisfaction Survey.

This year’s results and the overall winning streak of Seminole Hard Rock are strong evidence of a positive workplace reputation of both Seminole Gaming and Hard Rock International, which was acquired by the Seminole Tribe of Florida in 2007 and shares its Hollywood, FL, corporate offices with the headquarters for Seminole Gaming. Hard Rock executives also credited their industry-leading “Safe + Sound” program for boosting the company’s reputation among many important audiences during the COVID-19 pandemic.

“These latest results are proof of the exceptional working environment we have created for team members at our Seminole Hard Rock and Hard Rock-branded casinos, as well as our Hard Rock Online Casino,” said Jim Allen, CEO of Seminole Gaming, Chairman of Hard Rock International and Chairman of Hard Rock Digital. “The recognition means a great deal, given the many outstanding gaming industry companies included in the survey.”

According to Michael Pollock, Managing Director of Spectrum Gaming Group, “As we have noted in the survey results, leadership requires an added focus on retaining and motivating talent, and you have to listen to your people and respond to their needs and aspirations.  To be a leader over a span of years requires a strong culture that listens, motivates, rewards and responds to your people.”