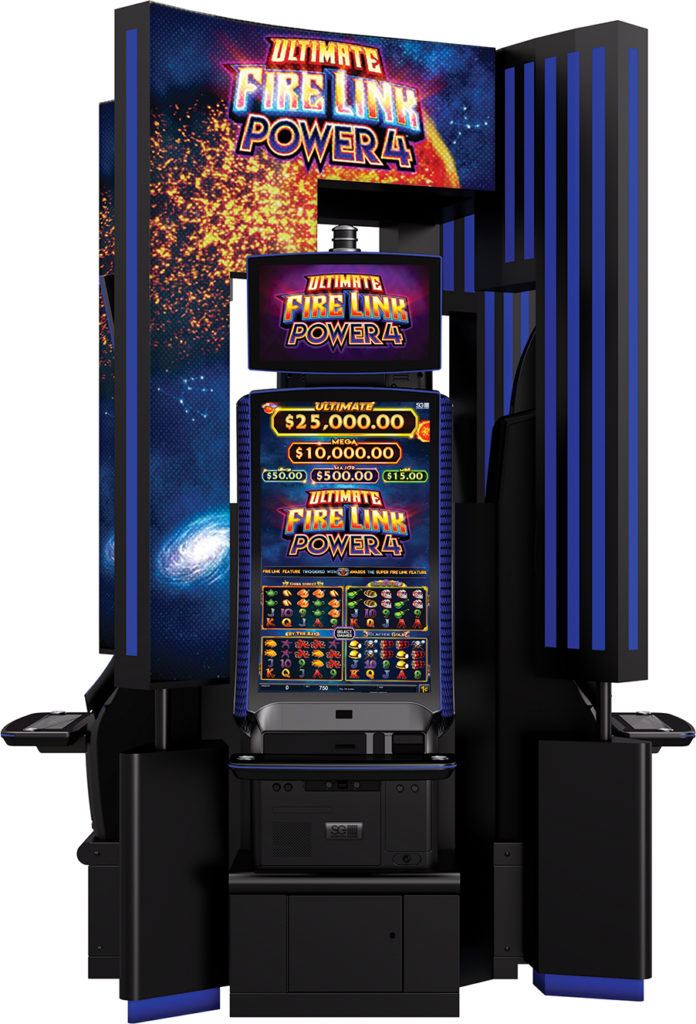 The fiery thrills of the scorching hot Ultimate Fire Link® series are multiplied by the power of four in the new game Ultimate Fire Link Power 4. Now players have the option of playing up to four different Ultimate Fire Link themes at once, including China Street®, Olvera Street®, By the Bay®, and Glacier Gold®. There is also a new ultimate jackpot, a single level near area progressive jackpot that is awarded when an ultimate jackpot symbol lands on the reels of each of the four games on the same base game spin. All of the player-favorite features are showcased, including each game’s unique free games bonus and the hugely popular Fire Link feature. If one of the four fireballs that triggers the Fire Link feature is an Ultimate Fire link fireball, the Super Fire Link feature is awarded, where an unlock row fireball symbol can unlock a row at any time, and the grid can expand up to 12 rows high, really firing up the thrills.