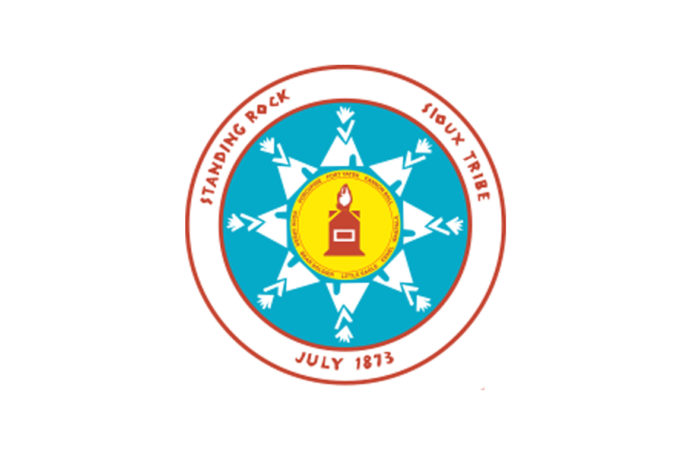 FORT YATES, ND – ​SAGE Development Authority, ​the first public power authority owned by a single Native nation in the U.S.,​ announced the launch of a new crowdfunding initiative – www.anpetuwi.com​ – marking the next phase of development for its 235-megawatt wind farm named ​Anpetu Wi.​ The wind farm will be located on the Standing Rock Reservation, outside of Fort Yates, ND, home to the Lakota & Dakota people of the Standing Rock Sioux Tribe (SRST). The project represents a community development model to produce renewable energy that offers a path toward self-determination and sovereignty for Standing Rock and other Native nations. No tribally-owned public power project in the U.S. has achieved this level of development to date for a utility-scale wind farm.

SAGE, which stands for ​S​trategic, ​Advancement, Goals, and the ​E​nvironment, is charged with leading Standing Rock’s efforts at developing renewable energy resources for economic development​. ​Anpetu Wi (meaning “morning light of the sun”​ in the Lakota language) will be an enduring revenue source for SRST and will support Standing Rock in providing essential needs such as schools, roads, health care, and housing development. The reservation, located in North and South Dakota, has a poverty rate of 40 percent and an unemployment rate of 70 percent, underscoring the need for the revenue provided by the project.

“Developing renewable energy resources – for export as well as local consumption – will foster badly needed economic development on the reservation and provide employment and skills training,” said ​Fawn Wasin Zi, SAGE Board Chair​. “We believe the new website will help people understand who we are, what we stand for, and serve as a critical vehicle to enlist people to help us make lasting change.”

The launch of the new crowdfunding initiative at​ ​www.anpetuwi.com​, ​which aims to raise $1.5 million, is the next step toward achieving the building of ​Anpetu Wi.​ It follows the milestone of SAGE submitting its application for interconnection to the Southwest Power Pool. ​Nearly $2 million has already been raised to date from nine different philanthropic foundations for pre-development work to establish SAGE, which​ will also take advantage of the enhanced market economics that come with qualification for the 2020 Federal Production Tax Credit.

“We are proud to achieve another milestone in our quest to create a model for self-determination and economic development not only for our people but for all Native communities,” said ​Joseph McNeil Jr., General Manager of SAGE​. “For our people and me, this project is a prayer. It allows us something to leave behind for future generations of the Standing Rock Sioux Tribe ​and reflects our cultural values by prioritizing people, land, and nature over profit. Our model certainly includes investors, but also allows us to benefit directly from its revenue for hundreds of years to come.”

The SRST has become internationally recognized for its leadership in the non-violent protest against the Dakota Access Pipeline (#NoDAPL), which poses a threat to drinking water for Standing Rock and millions of others who depend on the Missouri River for clean water.​ The movement reaffirmed the SRST’s and SAGE’s commitment to fight climate change and​ ​bring enhanced awareness to the cultural values of its people by providing renewable energy resources in accordance with natural law, which achieves balance by not allowing any one force to dominate or to take beyond their own need from nature.