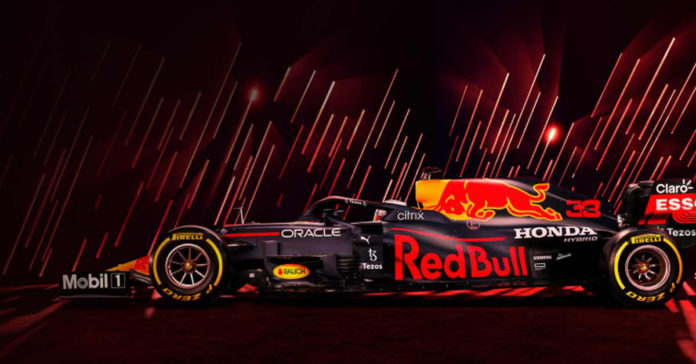 HOLLYWOOD, FL – As Formula One arrives in Florida for the inaugural Miami Grand Prix, Oracle Red Bull Racing has announced it is partnering with world-renowned music and entertainment brand Hard Rock® to bring the thrill of F1 racing to more fans worldwide.

From South Florida’s flagship Guitar Hotel at the Seminole Hard Rock Hotel & Casino Hollywood and across its locations in nearly 70 countries and more than 250 communities, Hard Rock’s portfolio of hotels, live music venues, signature cafes and casinos provide an unrivaled global opportunity to bring fans of F1 together to celebrate their passion for the sport.

As the team’s official viewing partner, the new agreement will see Hard Rock and Oracle Red Bull Racing work together to create inspiring, immersive and exhilarating experiences for fans, focused on Grand Prix weekends across the 23-race calendar, making Hard Rock venues the go-to race day destination for F1 fans around the world.

The alliance between the two brands will also encompass a collaboration with Oracle Red Bull Racing’s Esports Team. Founded in 2018, the Oracle Red Bull Racing Esports squad has since won seven World Championship titles across multiple Esports racing disciplines and has become the team to beat. Its involvement with Hard Rock International will see the Esports team bring its experience of virtual racing to the fan experience through bespoke sim racing rigs in select Hard Rock territories.

“Hard Rock is thrilled to partner with Oracle Red Bull Racing and their culture of winning both on and off the track to bring more dynamic entertainment experiences to our fans around the globe,” said Jim Allen, Chairman of Hard Rock International. “This partnership represents our ongoing commitment to collaborations with the best in class in sports, music and entertainment, while connecting with the next generation of fans from around the globe.”

“Oracle Red Bull Racing is committed to bringing the excitement of Formula One to as many people as possible, all over the world, and this agreement with Hard Rock is a landmark for the team,” said Christian Horner, Oracle Red Bull Racing Team Principal and CEO. “It gives us the opportunity to provide our fans with some incredible experiences, and in turn it plugs the Hard Rock brand directly into a fan base that is expanding at an exceptional rate. F1’s popularity has grown exponentially in recent years, especially in the US. Oracle Red Bull Racing is at the forefront of that explosion in interest in America, and now with Hard Rock International on board we can look forward to giving those fans an even more intense, immersive and engaging F1 experience.”