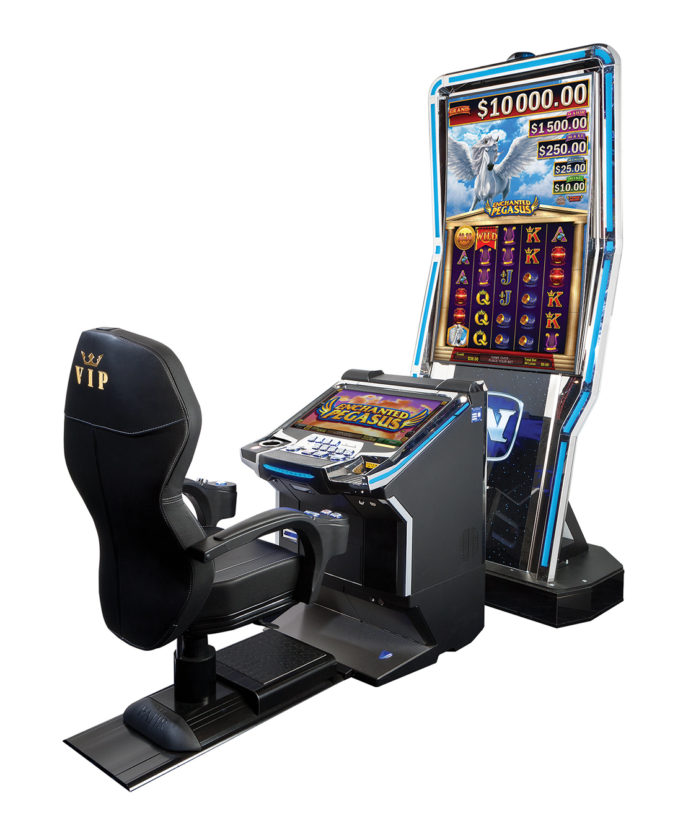 One of the most recognized creatures, The Pegasus is a powerful symbol – not only in Greek mythology but also in this thrilling standalone progressive Power Prizes™ title from Novomatic Americas. In this exciting game with multiple features, the wild substitutes for all symbols except Gold Pegasus and coin. 3/4/5 Gold Pegasus symbols trigger 8/16/24 free games without Royals. During the feature, multiplier wilds (2x/3x) may appear on reels 2-5 and each multiplier in a winning combination counts. Free games can be won again during the feature and are played at current bet.

Depending on denomination chosen, during the base game and the free spins, six or more (for denominations 1 cent and 2 cents) or 5 or more (for 5 cent and 10 cent) scattered coins trigger the Power Prizes™ feature. Each coin symbol that triggered the feature awards one re-spin. All coins in the feature – including triggering coins, which can include mini and minor awards – display a credit value and are held in position for further re-spins. The feature ends when no free spins remain. If any of the vertical reel columns are ﬁlled with coins at the end of the feature, the Cash Columns prize wheel is triggered: The ﬁnal prize may be a multiplier (2x, 3x, 5x, 10x) for the vertical reel column or a progressive prize (maxi, major and grand).

This immortal winged horse, looking down from Mount Olympus, will bestow mythical riches upon all who play Enchanted Pegasus.