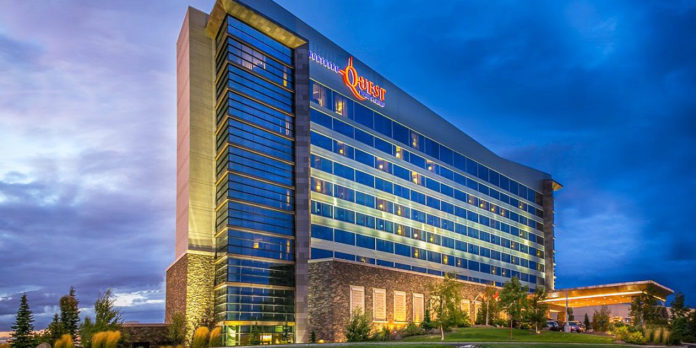 AIRWAY HEIGHTS, WA – On Sunday, Feb. 27, 2022, from 3pm to 5pm, both the men’s and women’s basketball teams will be making a special appearance at Northern Quest Resort & Casino as part of the first-ever full team Gonzaga basketball Name, Image, and Likeness (NIL) deal, giving fans the opportunity to meet the team outside of McCarthey Center.

The Kalispel Tribe of Indians and Northern Quest Resort & Casino are committed to supporting both the Gonzaga men’s and women’s basketball teams as they push toward their shot at the West Coast Conference (WCC) title and a bid toward the National Championships. The casino resort is inviting fans to a special meet and greet photo opportunity at Northern Quest. For a two-hour block, a limited number of attendees will be able to meet the team, pose for a free digital photo opportunity and wish the Zags luck on the upcoming WCC Tournament.

“We are so thrilled to give local fans a chance to meet the outstanding players from the Gonzaga men’s and women’s basketball teams at Northern Quest,” said Phil Haugen, Kalispel Tribal Economic Authority Chief Operating Officer. “While we all get to watch Gonzaga on TV, it’s not often you get the opportunity to meet them in person. Since access to games at McCarthey Center is limited, we wanted a chance to give everyone access to meeting these amazing young athletes. We are so lucky to have the Zags in Spokane. They continue to inspire all of us and prove that if you work hard enough, dreams really can come true.”

While only the first 100-plus fans may get the digital-photo treatment, everyone in attendance will receive an exclusive Gonzaga basketball poster and eligibility into several giveaways.