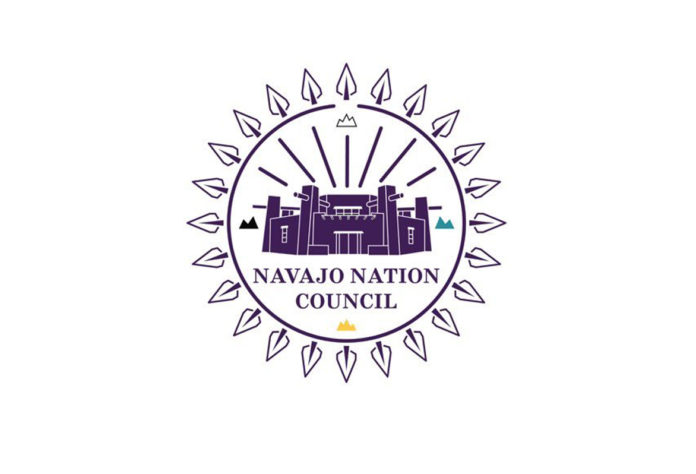 Discussion focused on garnering support for the Hydrogen Hub Development Act created through House Bill No. 228 being sponsored by State Representative Patricia Lundstrom (NM-District 9) being considered by the New Mexico Legislature. In November, President Joe Biden signed the $1.2 trillion Infrastructure Investment and Jobs Act allocating $8 billion for the establishment of four national clean hydrogen hubs in the U.S. by 2026.

“As the governing body of the Navajo Nation, it is important we plan for a new energy future that can bring long term prosperity to our communities,” said Speaker Seth Damon. “We fully support the Hydrogen Hub Development Act that will serve as a catalyst for the development of an emerging hydrogen economy for the Four Corners region. In partnership with New Mexico, the Navajo Nation can be a clean hydrogen hub for Indian Country and lead the way for tribes. We support a future for solar, wind, helium, and hydrogen development that will create thousands of new jobs and boost our Navajo economy.”

Since 2019, Speaker Damon has been working with the Navajo Nation Oil and Gas Company (NNOG) to seek new revenue generating projects and the development of Navajo hydrogen sources. In a letter to state lawmakers this week, the Navajo Nation Council requested a tribal seat as one of 11 members on the proposed Hydrogen Hub Development Board, which would oversee any proposed public-private partnership agreements for clean hydrogen in New Mexico.

“We appreciate three of New Mexico’s cabinet secretaries for joining us to discuss the economic potential of the Navajo Nation,” said Chairman Rickie Nez. “We are in agreement with Governor Michelle Luajn Grisham to position New Mexico as a hub for clean hydrogen to create good-paying jobs while steering this emerging industry toward a lower-carbon future. We need to involve communities in this decision-making process and host public hearings to hear from the people. Everyone must be well informed on what hydrogen can do for our future.”

The 27,000 square miles of the Navajo Nation sits at the intersection of hydrogen development for New Mexico and Arizona, where both states share an interest in making the southwest region a clean energy hub.

“A new center for an Arizona Carbon-Neutral Economy is being established at Arizona State University that will draft a competitive proposal to make our state the next regional clean hydrogen hub,” said Council Delegate Kee Allen Begay Jr.. “We need to work with Utah, Colorado, New Mexico, and Arizona to ensure we prepare the southwest region for renewable energy projects. The Navajo people are concerned about climate change, but that should not come at the expense of developing helium and hydrogen. Carbon emissions are an ongoing concern for all of us and work together on a smart energy plan that protects the future of our children.”

Testifying before the Senate Committee on Energy and Natural Resources, Senator Mark Kelly (D-AZ) expressed the economic potential of clean hydrogen. He added, “Arizona and New Mexico are looking into the $8 billion allotted by the bipartisan law to create clean hydrogen hubs across the United States. If the Department of Energy designates the southwest as a hydrogen hub, it will help the country meet our climate goals. It will also provide badly needed jobs for the Navajo Nation, the largest Indigenous population in the country. Hundreds of Navajo workers have been displaced as coal plants have shut down. The Navajo Nation government is looking at hydrogen as a way to build their economy.”

Earlier this month, the Resources and Development Committee (RDC) hosted meetings in Washington D.C. engaging federal agencies that included a commitment by the U.S. Department of Energy to engage in tribal consultation with the Navajo Nation on future hydrogen hubs.