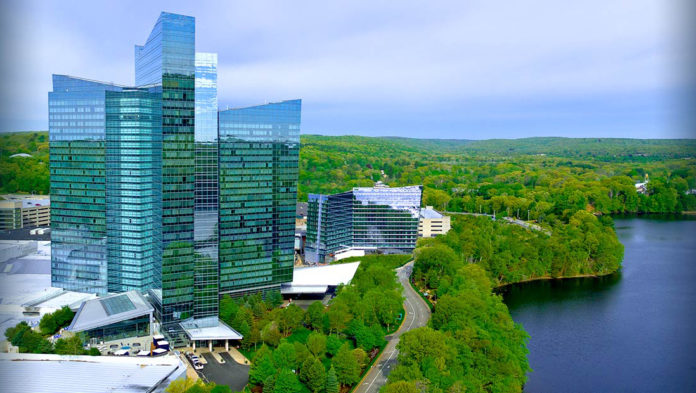 UNCASVILLE, CT – Mohegan Sun has announced the release of its new season of the original TV series, “Back of House.” Season 6 will feature six new episodes streaming weekly on backofhouse.tv, beginning October 12 at 7:30pm EST. This season will show audiences how integral team members and guests are to making Mohegan Sun a premier entertainment destination.

“Back of House Season 6 – Good Times for Everyone!” is a digital TV series highlighting behind-the-scenes moments of 10 hospitality professionals working with Mohegan. This season, an all-female cast and crew take viewers through their daily lives as Mohegan Sun team members, which provides direct insight into the team’s collaboration skills and strategic decision making. This season shows several highly-anticipated events such as the return of Terrificon, the annual Asian Lion Dance ceremony, the resort’s 25th anniversary, Miss America’s 100th anniversary and finally, Mohegan Sun’s sister property, ilani, celebrating 5 years – reaching a major milestone in the construction of its new hotel.

“We are thrilled to continue highlighting Mohegan Sun’s remarkable team members showing what it takes to be a part of one of the largest integrated entertainment resorts in the world while delivering exceptional entertainment and hospitality,” said George Galinsky, SVP of Marketing Communications at Mohegan. “Our favorite part of Back of House, is providing viewers and guests a look at the inner-workings of our esteemed brand and resort, and doing so in a way that is unlike how any travel brand has done it before.”

Award-winning production studio Primal-NY returned to film the sixth season. “The authenticity of the cast members in this digital series allows viewers to have a peek behind the curtain into the thrill that is Mohegan Sun,” said Robert Conticelli, President of Primal-NY. “The intricacies of Mohegan’s celebrations have been fascinating to film over the past year, and we’re thrilled to continue sharing this with viewers everywhere.”