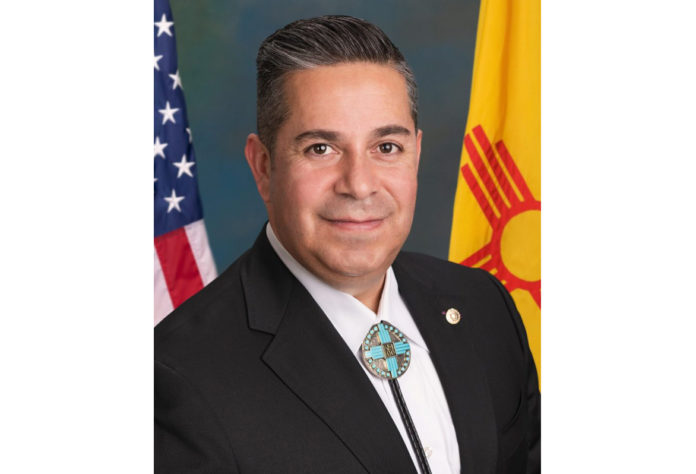 The U.S. has a trust responsibility to enact voting rights legislation to protect the constitutionally-guaranteed right of Native Americans to vote. However, Native American voters have historically faced unique challenges when exercising their right to vote. Geographic isolation, non-traditional mailing addresses, lack of residential mail delivery, lack of affordable and reliable broadband service, limited transportation, less access to polling and registration sites than those not located on tribal lands, Native language translation needs, and poverty are just some of the distinct issues confronting Native voters that demand a legislative solution.

“Our Democracy is at its strongest when every American can participate and make their voice heard,” said Senator Luján. “But in too many communities across America, voter suppression efforts are making it harder for Americans to vote, especially for Native Americans who continue to experience geographic, linguistic, and legal barriers to voting. Congress has a moral imperative to protect the sacred right to vote and reduce barriers to the ballot box for voters living on tribal lands. The Frank Harrison, Elizabeth Peratrovich, and Miguel Trujillo Native American Voting Rights Act will empower more voters to participate in the electoral process, and I look forward to working with Representatives Davids and Cole to build support for this legislation.”

“Voting is the very foundation of our democracy, yet Native voters face repeated barriers at the ballot box, from considerable distance and unequal operating hours at polling places to lack of voter education,” said Representative Davids. “This bill further fulfills our federal trust responsibility to protect and promote Native Americans’ exercise of their constitutionally guaranteed right to vote. I am proud to continue what Senator Luján advanced during his time in the House along with my Congressional Native American Caucus Co-Chair Tom Cole. I stand with my colleagues from both the House and the Senate on introducing this important and comprehensive piece of legislation that will ensure Native Americans and Alaska Natives have equal access to our democracy.”

“Alongside my colleagues Representative Davids and Senator Luján, I am proud to introduce the Native American Voting Rights Act,” said Congressman Tom Cole (OK-04), Co-Chair of the Congressional Native American Caucus. “This legislation greatly improves the tools and resources available to help Native Americans exercise their right to vote, which is especially important for those living in rural areas.”

“This past decade, NARF has documented and fought against the targeted, present day obstacles that Native voters face when trying to cast a ballot,” said John Echohawk, Executive Director of the Native American Rights Fund. “We are grateful to Senator Luján and Congresswoman Davids for their leadership introducing legislation to create a baseline of voting access in Indian Country so that Native communities have a fair chance to cast their ballots with the same ease as other U.S. citizens. NARF strongly endorses this legislation that will create more equitable access for Native Americans.”

“Many Native people living on reservations have to work incredibly hard, travel unreasonable distances, and make significant commitments of time, resources, and effort in order to vote,” said the Native American Voting Rights Coalition. “This legislation recognizes the unique challenges in Native communities and begins to address some of the systemic problems. The Native American Voting Rights Coalition is proud to endorse this important piece of legislation.”

“The Native American Voting Rights Act is a key piece of legislation in the ongoing work to protect and expand native voting rights throughout the country,” said New Mexico Secretary of State Maggie Toulouse Oliver. “The Act highlights challenges faced by voters on tribal lands and empowers sovereign tribal governments to find appropriate solutions for their communities. I’m happy to endorse this legislation and I appreciate Senator Ben Ray Luján’s work in bringing it forward and seeking input from my office. I’m especially encouraged that many of the proposals in the Act track current New Mexico law, which has some of the most protective voting rights laws in the country.”

“The All Pueblo Council of Governors fully endorses the Native American Voting Rights Act (NAVRA) and respectfully asks Congress to fully execute its plenary and exclusive powers to legislate the removal of barriers afflicting access for American Indians to express our right to vote,” said the All Pueblo Council of Governors. “By disarming the myriad of obstacles that undermine our path towards building political power, the passage of NAVRA is necessary for ensuring that our Native people are fully included as ‘qualified members of the modern body politic.’ In effect, this Native-enfranchisement legislation will increase the Native Vote on Election Day, because we will know that our votes are woven into the political fabric of national, state, and local elections.”

“NM Native Vote is proud to support this important piece of legislation, this bill is a crucial step in closing the civic engagement gap for Native People all across the country,” said NM Native Vote. “Native Peoples face significant and systemic obstacles in casting a ballot, but this is a meaningful beginning step in making sure that Native peoples are properly engaged and empowered in their voice, so that they may show up to make a change for their communities. We want to thank Senator Luján for sponsoring this bill and urge our leaders to support this legislation to address the systemic disadvantages that Native Peoples face in voting and to provide more equitable access to our democracy for everyone.”