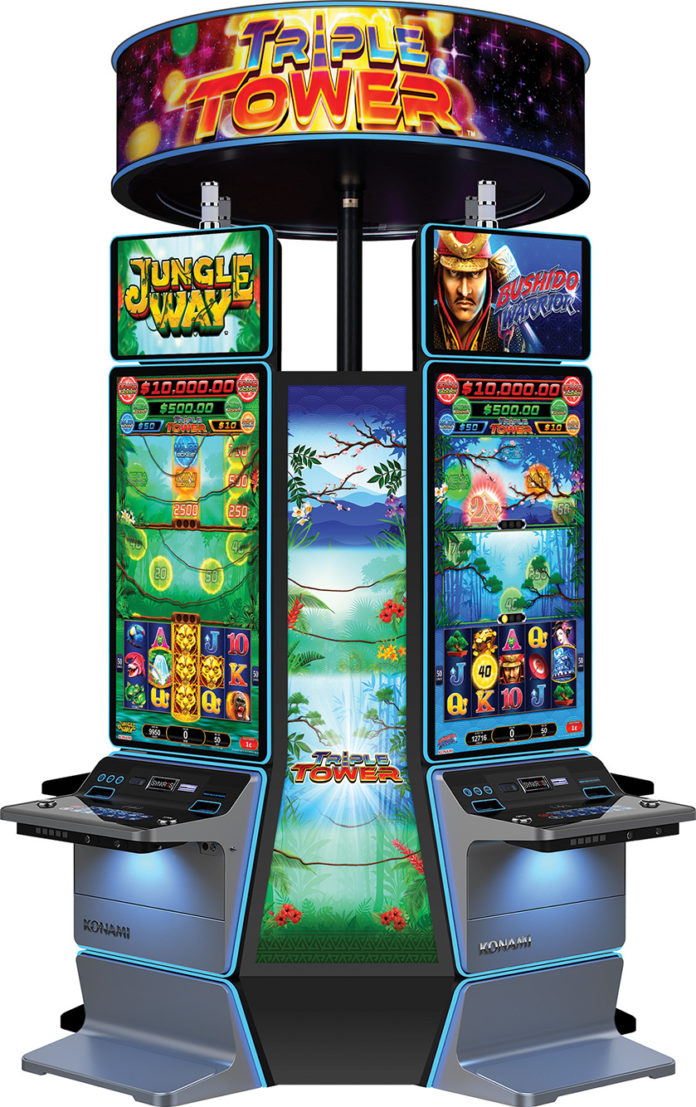 The more cash stacks up, the more wins rain down. Elevate the excitement by introducing Konami Gaming’s new Triple Tower™ linked progressive series to your players.