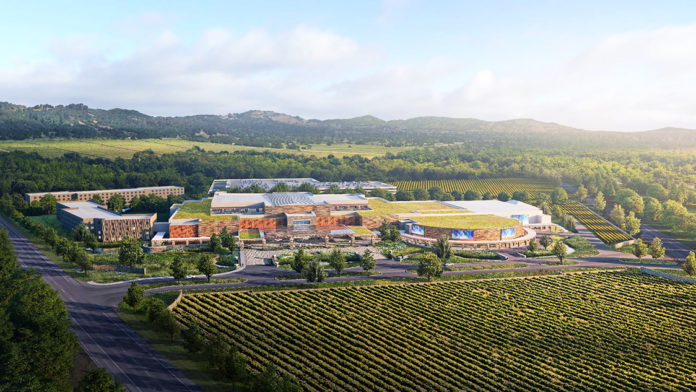 SANTA ROSA, CA – The Koi Nation of Northern California has executed a pre-development agreement with Global Gaming Solutions (GGS), a wholly-owned business of the Chickasaw Nation of Oklahoma, to engage as the Koi’s development partner for its planned Shiloh Casino & Resort in Sonoma County. GGS will also act as the manager and operator of the establishment when completed.

“We are honored to build this important business relationship with our brothers and sisters of the Chickasaw Nation, one of the most experienced Native American tribes in the gaming industry,” said Darin Beltran, Koi Nation’s Tribal Chair.

“Not only does the Chickasaw Nation have great expertise in gaming and resorts, but they also share the same values as the Koi Nation,” said Dino Beltran, Koi Nation Vice Chair and Director of Development. “Chickasaw leaders understand the importance of this project to the restoration of our economic self-reliance because they have walked the same path many times in support of their own people’s future.”

The Chickasaw Nation, with its tribal headquarters in Ada, OK, has a proven track record of developing and operating tribal gaming operations and related resort properties. It operates 23 gaming establishments around the nation, including Winstar World Casino and Resort, the largest casino in the world. The Chickasaw Nation also operates nearly 200 additional businesses, giving it a broad range of commercial expertise that makes it an ideal partner to develop and manage the Shiloh Resort & Casino.

“The Chickasaw Nation is pleased to play a role in this project, and we look forward to a successful collaboration,” said Chickasaw Nation Governor Bill Anoatubby. “The prosperity of our citizens and a commitment to working together with our partners in the Koi Nation as well as local, state and community officials are key components to our mission. We look forward to witnessing new jobs, additional businesses and increased tourism to this region.”

“We are excited by the opportunity to use our expertise to help the Koi Nation realize this project and establish the economic self-sufficiency that is the inherent right of all Native American tribes,” said Bill Lance, Commerce Secretary of the Chickasaw Nation. “We look forward to beginning a successful long-term economic partnership with the Koi.”

The Shiloh Casino & Resort will be built on the Koi Nation’s property at 222 E. Shiloh Road in unincorporated Sonoma County. The tribe purchased the 68-acre site late last year to re-establish its tribal land base more than a century after the Koi’s ancestors were forced to relocate to the Santa Rosa/Sebastopol area.

The non-smoking Shiloh Casino & Resort will include a 2,500 Class III gaming machine facility, a 200-room hotel, six restaurant and food service areas, a meeting center and a spa, as well as a state-of-the-art live entertainment venue. The design for the low-rise facility integrates with the natural beauty of the region and will be energy-efficient and respectful of the environment, in keeping with the tribe’s historic relationship with the land.

The Shiloh Casino & Resort will employ more than 1,100 full-time workers when fully operational. The project also will create hundreds of jobs for workers in the construction trades and other skilled laborers. The Koi Nation anticipates that a portion of the resort’s revenues will be shared with the broader community through the support of local organizations as well as collaborating with local governments to address their needs.