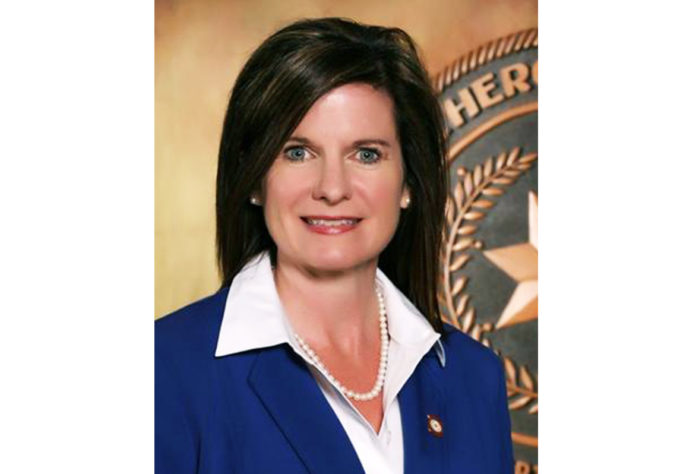 Taylor, of Pryor, OK, is completing two consecutive terms of service to the Cherokee people in District 15 on the Council of the Cherokee Nation, where she chaired the Executive and Finance Committee. Taylor began a career in accounting in the private sector.

“Janees Taylor has the experience and determination it takes to oversee the Cherokee Nation’s finances, including the Fiscal Year 2022 budget Deputy Chief Bryan Warner and I have proposed, which will be the largest budget in our tribe’s history,” said Chief Hoskin. “Janees already has a grasp of our services, employee base, and the needs of our citizens, having worked for the tribe and constituents for nearly a decade. She will be a great asset to our Cherokee Nation family, and will help oversee critical planning and budgeting for new public health and wellness initiatives, a new hospital, and the many other projects that will benefit the Cherokee people through the $1.8 billion in COVID recovery funds from the American Rescue Plan Act. I am asking the Council of the Cherokee Nation to confirm this public servant to be our next Treasurer.”

Taylor has served as the Secretary of the Tribal Council since 2018, and in 2020 was appointed as a member of the Special Commission for the Protection of Cherokee Nation Sovereignty, which was established to prepare the Cherokee Nation for historic changes resulting from the U.S. Supreme Court ruling in McGirt.

Taylor also volunteers on the Mayes County Post Adjudication Board, the Rogers State University Foundation Board, is an advisory member of the Claremore Indian Hospital Board, and is on the Housing Authority of the Cherokee Nation Board of Directors.

“I’m looking forward to continuing my service to the Cherokee people as Treasurer,” said Taylor. “Cherokee Nation spends the vast majority of its budget on direct services to Cherokee citizens and I enjoy being a part of that.”

Taylor’s nomination will now appear before the Tribal Council for confirmation on Aug. 26. If approved, Taylor will transition into her new role as Treasurer with the new FY 2022 fiscal year beginning October 1. Upon confirmation as Treasurer, Taylor will manage more than 100 employees in finance and related departments and oversee the proposed $3 billion Fiscal Year 2022 budget.

Taylor is replacing Treasurer Tralynna Scott, who has taken a position as Chief Economist at Cherokee Nation Businesses.

Interior and Agriculture Departments To Hold Consultations With Tribes and Alaska Natives on Take...

January 20, 2022
WASHINGTON, D.C. – The Departments of the Interior and Agriculture announced a series of nation-to-nation consultations with federally recognized tribes and Alaska Natives on...

January 19, 2022
SAN BERNARDINO, CA – The San Manuel Band of Mission Indians has awarded a $2.22 million grant to the City of San Bernardino...