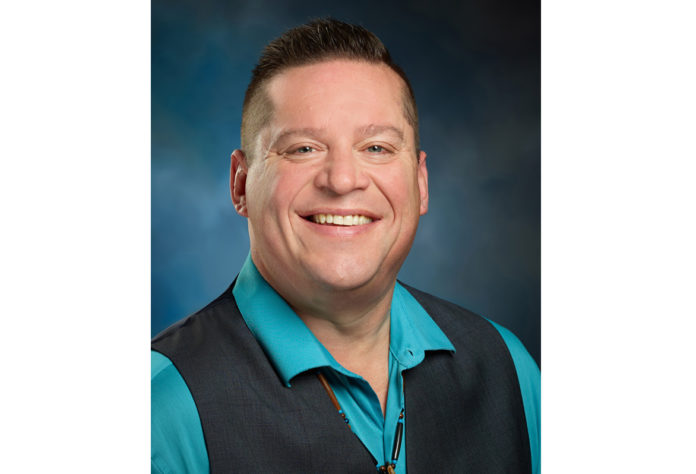 FULTON, MI – Jamie Stuck, Nottawaseppi Huron Band of the Potawatomi (NHBP) Tribal Chairman, has been elected President of the United Tribes of Michigan. Stuck began his two-year term of office at the adjournment of the October 2022 meeting, which took place at the Bay Mills Indian Community.

Stuck, of Scotts, MI, was appointed as Tribal Chairperson in May 2016 but has been an elected official of the NHBP since 2006. He is NHBP’s Education Committee Chair, Treasurer for the FireKeepers Local Revenue Sharing Board and the Chairman of the Native American Heritage Fund. Stuck also previously served as the United Tribes of Michigan’s Vice President.

The United Tribes of Michigan membership is open to all of Michigan’s 12 sovereign and federally recognized tribes. The organization provides a forum to address issues of common concern. It is committed to advancing, protecting, preserving and enhancing the mutual interests, treaty rights, sovereignty, and cultural way of life of the Michigan tribes.

“We are excited to have Stuck as our new President,” said Frank Ettawageshik, Executive Director for the United Tribes of Michigan. “He is very engaged on the local, state and national levels, and we look forward to working with him on issues affecting Indian Country.”