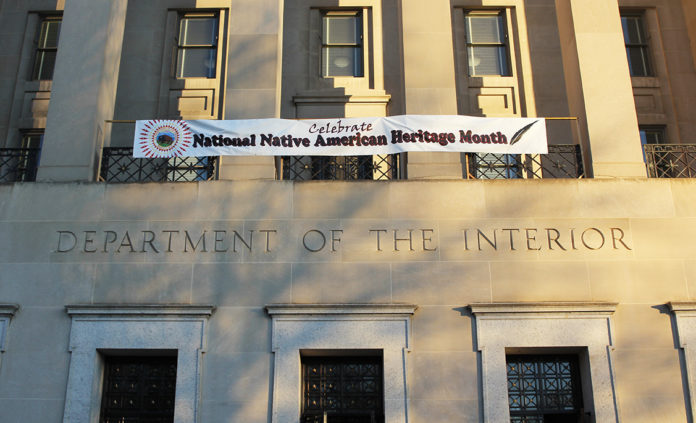 WASHINGTON, D.C. – The Department of the Interior has announced new policies and procedures to strengthen and fulfill the federal government’s responsibility to ensure regular and meaningful consultation with American Indian and Alaska Native tribes, as well as a second policy for consultation with Alaska Native Claims Settlement Act (ANCSA) Corporations.

“Tribes deserve a seat at the decision-making table before policies are made that impact their communities,” said Secretary Deb Haaland. “Our ongoing efforts to evolve and strengthen consultation policies and procedures will ensure that tribal nations can engage at the highest levels of the federal government on the issues that matter most to their people. From climate resilience to clean energy investments, the Biden-Harris administration has made available unprecedented resources for Indian Country – but we can only maximize those investments by working directly with tribes.”

“We must develop collaborative partnerships with tribal nations so that we uphold our trust responsibilities and build consensus when developing policies that impact tribes,” said Assistant Secretary for Indian Affairs Bryan Newland. “These updated policies and procedures will further our work at the Department to protect and strengthen tribal sovereignty. Consultation is the cornerstone of the political relationship between the United States and tribal nations as we work to revitalize the way of life for Indian people.”

The announcement was made during the 2022 White House Tribal Nations Summit. The Office of the Assistant Secretary for Indian Affairs consulted with Indian tribes and ANCSA Corporations to gather feedback from tribal leaders and ANCSA Corporation representatives on the new policies and procedures.

The tribal  consultation policy and procedures seek to, among other things:

The Alaska Native Corporation Consultation policy and procedures seek to, among other things: