Home In the News Indian Gaming Converges Upon Las Vegas With a Successful Tradeshow and Convention...
Facebook
Twitter
Linkedin
Email 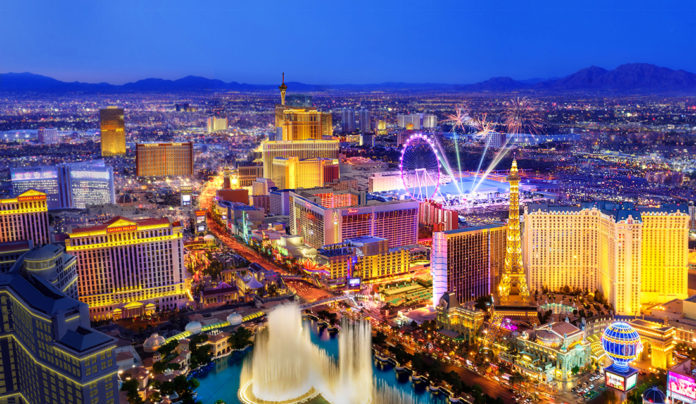 LAS VEGAS, NV – The 2021 Indian Gaming Tradeshow and Convention ended with a successful turnout at the Caesars Forum Convention Center. Ernie Stevens, Jr., Chairman of the National Indian Gaming Association, announced that the four-day gaming convention saw outstanding numbers, with almost 8,000 attendees to the overall event and over 350 vendors represented, which resulted in $10 million of economic impact for Las Vegas during the week.

“We are leaving Las Vegas very energized and excited,” said Chairman Stevens. “To see our tribal gaming family come together again after so long was phenomenal. Indian gaming showed up, rolled up our sleeves, and did the work united in our efforts to bring our industry back after the pandemic stopped the world in its tracks.”

Stevens shared that before the COVID pandemic, the Indian gaming industry was a solid contributing force to the tribal and the American economy. It was a $35 billion industry in gross revenue and an additional $6.2 billion in ancillary revenues from hotels, entertainment, restaurants, and retail operations, and ranked 11th in employment in the U.S.

The next gathering will be the National Indian Gaming Association Mid-Year Conference at the Pechanga Resort and Casino in Temecula, CA, November 15-17, 2021.