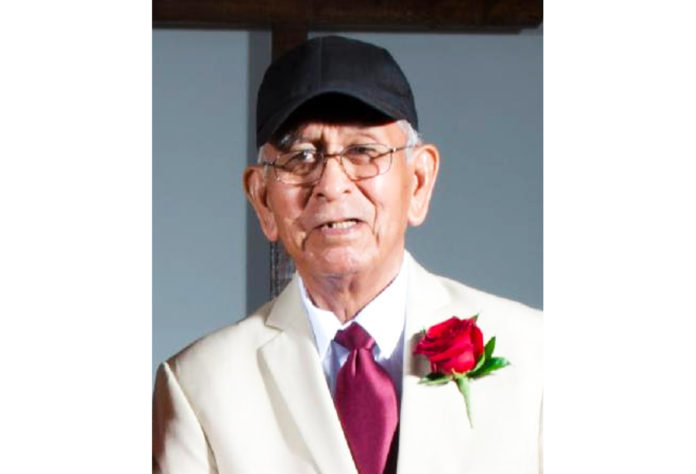 Willeto was born on January 3, 1942, in the community of Pueblo Alto near Farmington and Bloomfield, NM. He is Naakai Dine’é (Mexican Clan) and born for Tódich’ii’nii (Bitter Water Clan). He and his beloved wife, Virginia Willeto, were married for over 57 years.

“Harry Willeto was a loving father, grandfather, and beloved husband who was revered in his community for his loyalty and kind spirit,” said Speaker Seth Damon. “He leaves behind a legacy of public service to the Navajo people serving the Eastern Agency as Counselor Chapter President for years. Mr. Willeto was a humble man who deeply loved his family and the communities he served. The Navajo people send prayers of protection to give strength to his family during this time.”

Since the age of 21, Willeto served as a public official advocating for the Navajo Tribal Police Department and for emergency medical services to be delivered to rural areas across the Navajo Nation. In 1991, he was elected to the 17th Navajo Nation Council and since has served for 20 years on various committees including the Ethics and Rules and Public Safety Committee.

“When serving as the Ojo Encino chapter manager, I worked with Mr. Willeto when he was our chapter president and then as a fellow colleague on the Navajo Nation Council,” said Chairman Daniel Tso. “Then in 2017, a land agent with the oil explorers made a statement about making millionaires. Our Counselor Chapter President Harry Willeto fiercely responded by saying – ‘What about the health of our community members? Isn’t our health worth millions of dollars?’ All this was stated when he was enduring health complications. That is a statesman’s perspective, and Honorable Willeto is a man to honor.”

Health, Education, and Human Services Committee (HEHSC) Chairman Daniel Tso will officially present a Navajo Nation Flag to the family to honor his years of service to the Navajo people and the citizens of New Mexico.