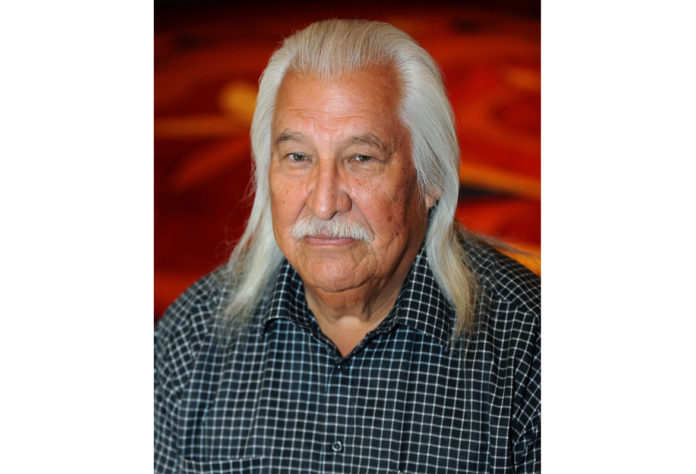 MISSION, SD – Lionel R. Bordeaux, an enrolled member of the Rosebud Sioux Tribal Nation in South Dakota and the President of Sinte Gleska University, has died at age 82. He was known as the “heart and soul” of the tribal college movement to which he was fiercely devoted, and was among the most honored Native American educators in the United States.

Bordeaux’s career included working for the Bureau of Indian Affairs (BIA) as a counselor on the Jicarilla Apache Reservation in Dulce, NM, a job he credited with giving him good early career experience. From there, he joined the BIA’s management training program and relocated to Washington, D.C., where he trained in various federal agencies. His experience in D.C. was later instructive in his role at Sinte Gleska, helping him pursue passage of federal legislation to support tribal colleges and universities.

After transferring to Dallas, TX, Bordeaux learned about the needs of Native people living in cities due to the federal government’s relocation program. He relocated to Pine Ridge, SD, and taught guidance and culture classes at high schools and grade schools in various communities. He shared with Tribal College Journal in an interview that his goal was to finish his career as a superintendent in Rosebud and later serve as the BIA area director in Aberdeen. It was while living in Pine Ridge that he completed his master’s degree at the University of South Dakota.

Bordeaux continued his graduate studies at the University of Minnesota where he completed his doctorate coursework in educational administration. Before completing his dissertation, Stanley Red Bird Sr., founder of Sinte Gleska College, approached Bordeaux and told him traditional healers had held spiritual ceremonies and directed Red Bird to seek out Bordeaux, who knew the tribal language and history of the Sicangu Lakota people, and request him to withdraw from his doctoral studies and return to the Rosebud reservation to serve as President of Sinte Gleska College. President Bordeaux’s career and passion, for the next 50 years, was focused on culturally based Native higher education and serving his community, making him the longest serving college or university president in the United States.

President Bordeaux oversaw the expansion and development of Sinte Gleska College into the first tribal university. Throughout his career there, he worked to strengthen Lakota culture and language. He also advocated locally, regionally, and nationally for Native peoples’ educational sovereignty over curriculum and a tribally based accreditation body rooted in spirituality and traditional laws. Family, kinship, spirituality, and culture were the driving forces in everything he did.

President Bordeaux attributed the success of Sinte Gleska University and his long-term presidency to the spirituality provided by prayer and ceremony by medicine men and the tribal nation that the institution represents.

In addition to his role as a tribal university president, Bordeaux had a long-established history in the tribal college movement. He was a founder of the American Indian Higher Education Consortium (AIHEC), which serves as the voice of the 35 tribal colleges and universities in Washington, D.C. He was also a founder of the American Indian College Fund, the World Indigenous Nations Higher Education Consortium, and Tribal College Journal.

President Bordeaux also served in leadership roles as a Councilman in the Rosebud Sioux Tribal Government; Chair of the Tribal Education Committee and Education Board; Board Member of the South Dakota State Education and Planning Commission; Board Member of the Native American Rights Fund; Board Member on the Phelps Stokes Fund; Regent of the Haskell Indian Junior College in Lawrence, KS; and President of both AIHEC and the National Indian Education Association.

Bordeaux’s generosity went beyond the borders of the Rosebud Reservation by providing support to relatives on other Lakota and Dakota reservations. This included assisting tribes like Lower Brule and Ihanktonwan in achieving their dreams of having a tribal college.

The tribal holiday “Lionel R. Bordeaux Day” was named in his honor on the Rosebud Reservation, and President Bordeaux served on the Rosebud Sioux Tribal Council for 14 years. He held many other tribal and state positions and was inducted into the South Dakota State Hall of Fame.

In July of 2017, President Bordeaux spoke at the World’s Indigenous People’s Conference on Education in Toronto, Canada, where he was presented with an honorary doctorate degree by the World’s Indigenous Nations Higher Education University in Hawaii. In October of 2017, his alma mater, Black Hills State University, named a residence hall on its campus the “Lionel R. Bordeaux Residence Hall” in honor of his many lifetime achievements. In 2018, Bordeaux was also among the inaugural inductees into the Native American Hall of Fame for his educational leadership.

The State of South Dakota issued an Executive Proclamation from the Office of the Governor, Dennis Daugaard, proclaiming Feb. 9, 2018, as Lionel R. Bordeaux Day.

“President Bordeaux was the heart – the drumbeat – of the tribal college movement,” said Carrie Billy, President and CEO of the American Indian Higher Education Consortium. “We feel his loss profoundly, but his songs and stories will never leave us. His legacy will endure for generations and that gives us peace and hope for the future of the Tribal College Movement. Please say a prayer for President Bordeaux’s wife, Barbara, his children, grandchildren, and the students, faculty, and staff at the college he loved so profoundly Sinte Gleska University. I pray that the Holy Ones watch over all of us.”

President Bordeaux said in a 2012 interview with Tribal College Journal, “I see tribal colleges and universities standing alone, as other institutions do not have the same calling or vision to strengthen tribal nations as we do. We are undoing the damage that was previously done and rebuilding nationhood according to tribal prophecy and the dictates of the four directions, aho! Waste’ yelo!”