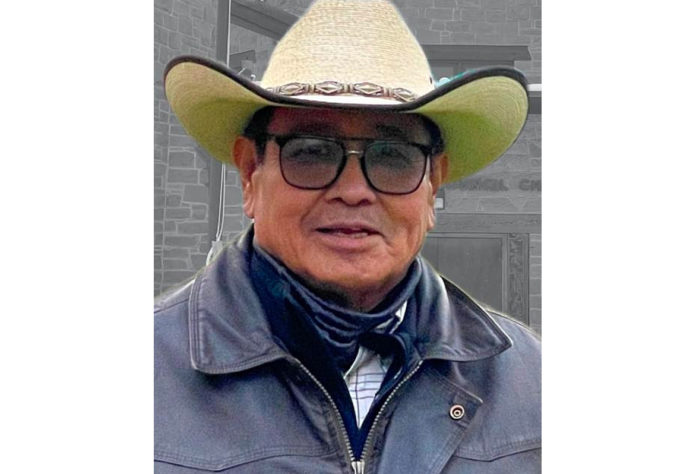 “It is with great sadness that we announce the passing of an outstanding father, grandfather, husband, and leader who dedicated his life to public service for the Navajo Nation,” said Speaker Pro Tem Otto Tso. “Throughout his career as an elected official, Norman John II made substantial contributions to improving the life and welfare of our children, elders, and families across the Navajo Nation.”

Norman John II was born on Dec. 30, 1953, in Twin Lakes, NM. He began his career as an elected official in 1991 when he served on the 17th Navajo Nation Council and represented the Twin Lakes Chapter. During his term, John advocated for the rights of Navajo Nation citizens residing in the New Mexico portion of the Nation while lending his veterinary services to local community members.

After his term, Norman John, II would later serve on the 19th, 20th, and 21st Navajo Nation Council from 1999 to 2011, where he advocated for the support of the San Juan River Basin Settlement to streamline services to his and other rural communities.

He is survived by his wife Marilyn John and his five children.