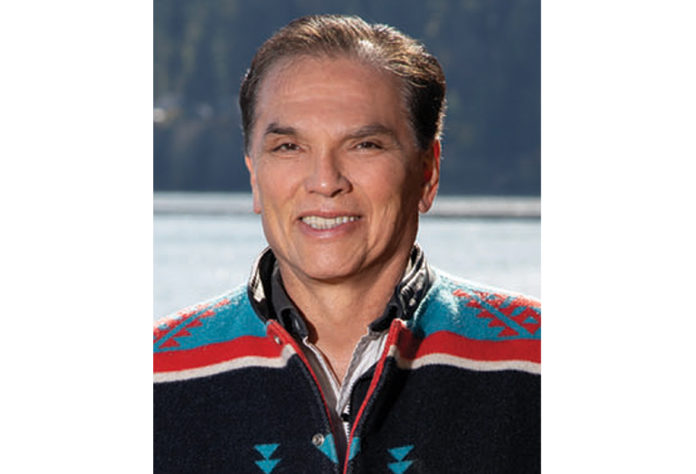 PLUMMER, ID – The Coeur d’Alene Tribe announced the passing of David Matheson – a profound loss of a revered, accomplished, and visionary leader. Matheson was the driving force behind construction of the Coeur d’Alene Casino and Circling Raven Golf Club, enterprises that have been highly beneficial for the tribe and its members.

Not only was Matheson a mover and shaker of incalculable proportions for the tribe, but his hard, smart, and impassioned work helped him ascend to the highest Native American post federally – serving under President George H.W. Bush from 1990-1993 as head of the U.S. Bureau of Indian Affairs.

“Dave has left us a profound legacy,” said Chief J. Allan, Chairman. “He was a true visionary who had the foresight to see the great possibilities for the tribe and Native Americans. He was the architect behind much of our enterprises and endeavors that have enabled us to thrive as we stride forward in the 21st century.”

“Dave was my mentor. I learned so much from him about how to treat people and how to be a strong but kind leader,” said Laura Penney, Coeur d’Alene Casino CEO and Tribal Member. “He is loved dearly and will be missed deeply.”

Matheson leaves behind his wife, Jenny. Together they raised five children and have more than two dozen grandchildren. His favorite hobby and pastime was riding and training horses, spending active time with his children and grandchildren, and enjoyment of the outdoors, hunting and fishing.

Matheson’s personal philosophy: “The Great Creator promised no one a tomorrow, or an easy time … no one. When the new day comes, greet it with great thankfulness. It is a time not used by anyone. Use it for something good, even great. It’s the one life we have. Leave no dream unfulfilled, and no good deed undone.”