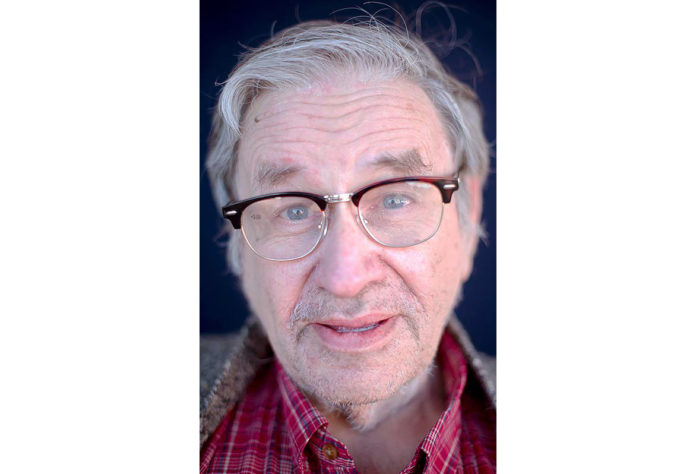 WINDOW ROCK, AZ – Renowned journalist Bill Donovan passed away last week at the age of 76. He covered the Navajo Nation for over 50 years with newspaper publications in Arizona and New Mexico, most notably the Navajo Times and Gallup Independent.

Beginning in 1971, Donovan wrote about tribal government and politics before semi-retiring to reside in Torrance, CA, to be closer to his children, Kelly Cunningham and Richard Donovan, and two grandchildren. He continued to report for the Navajo Times since 2018 from California.

“Bill Donovan is remembered as a witty, outgoing, and courageous person who leaves a legacy of news stories that details Navajo political history,” said Navajo Speaker Seth Damon. “He is a beloved grandfather, father, brother, and uncle who dedicated his life to gaining knowledge through reading and being an avid writer. The pages of newspapers and their readers will forever miss Bill. We are saddened by his passing and offer prayers of protection to his family during this time.”

Raised in Newport, KY, Donovan covered the courts and police at the Lexington Herald. In September 1970, he relocated to Gallup, NM, as a sports editor at the Gallup Independent.

“Bill was straightforward and never put his own slant on a story,” former Speaker Lorenzo Bates said. “He always asked the right questions to get further clarification to ensure his stories were accurate. We remember him for going out of his way to shake hands with tribal leadership while respecting the Navajo Nation government. As Speaker, I would try to buy coffee for him, and his response was – people will talk.”

Described as a true Gallup icon by former mayors and city councilors, Donovan had a folksy style of writing where his news stories were filled with unique details and anecdotes to grab readers’ attention.

“For nearly 50 years, Bill was a great servant of the Navajo people,” said Navajo Times Editor Duane Beyal. “He informed us even when facing criticism from those in power. Behind the many stories he pounded out each week, he was a good, gracious, easy-going guy who loved books and movies. We miss his byline, his conversation in the newsroom, and his tenacious coverage of the news.”

“Our father Bill was a kindhearted and selfless person who was beloved by many,” said Kelly Cunningham in a family statement. “His humor and quick wit were unparalleled, as he could bring happiness to any situation. I’ve never seen him upset or angry, only annoyed when my brother and I were grammatically incorrect. He always had a book in his hands, greeted people with sincere respect, and especially loved his work with the Navajo Nation. Our father even talked about a work deadline while resting in the hospital. There will forever remain a missing piece in our hearts for our amazing father and grandfather. We send love to the Navajo people for remembering his impact on history.”

An avid reader, Donovan owned a massive collection of books before donating them to local libraries and the Navajo Nation Museum. A memorial service will be hosted this winter in Gallup, NM, by family and close friends. Donations can be sent to the Navajo Nation Library in honor of his name.

“Bill Donovan was a Gallup and Navajo Nation icon,” said Gallup Independent Reporter Richard Reyes. “He was a kind, funny and caring person with a strong passion for reading and writing. His reporting was instrumental in educating and informing our community members about their governments, history, and other newsworthy events. He will be dearly missed.”