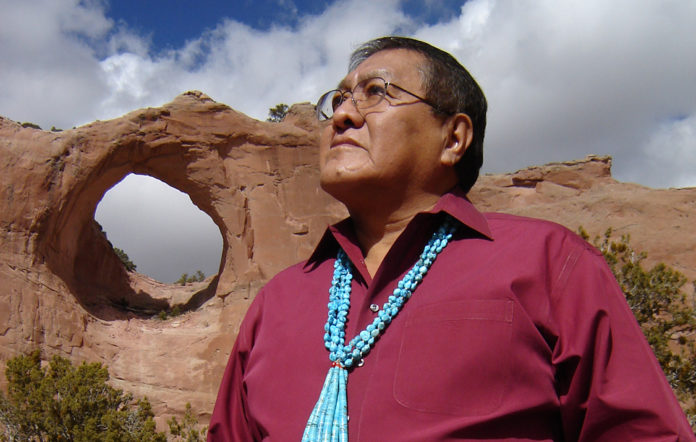 WINDOW ROCK, AZ – Former Arizona State Senator James Henderson, Jr., passed away in Gallup, NM at the age of 80. Henderson, a member of the Navajo Nation, was born on May 15, 1942 in Ganado, AZ.

Henderson graduated from Riverside Indian School in Anadarko, OK. He was drafted into the U.S Army in 1966 and served in the Vietnam War from 1966 to 1968, and was awarded the Purple Heart medal for being wounded in battle. After being honorably discharged from the Army, he began working for the Arizona Department of Economic Security and later worked for the Bureau of Indian Affairs. In addition, he served the Navajo Nation as the Director of Range Management and Director of Tribal Legislative Affairs. In 1985, Henderson was elected to serve as a member of the Arizona State Senate, representing District 3 until 1999.

“On behalf of the Navajo Nation, we offer our thoughts and prayers to the family and community of our Diné leader, James Henderson, Jr.,” said President Jonathan Nez of the Navajo Nation. “Throughout his lifetime, he demonstrated outstanding commitment and service for the Navajo people and the State of Arizona. We honor him and thank his family for their contributions and sacrifices to our state and communities. May his wife, Elaine, and his family take comfort in knowing that he is now with God. We offer our thoughts and prayers during this time.”

Throughout his public service, Henderson was known as a strong advocate for veterans, elders, and youth. He also served as the national commander for the Navajo Nation’s veterans’ organization and helped to advocate for Navajo veterans at the national level.

“Senator Henderson was truly a blessing for our people and the entire State of Arizona,” said Vice President Myron Lizer of the Navajo Nation. “His spirit will continue to live on through the teachings, wisdom, and the legacy that he leaves behind. Through our faith, we know that he is with God and that he is now watching over his loved ones. We offer our prayers and we pay tribute to the life he lived and all that he gave.”