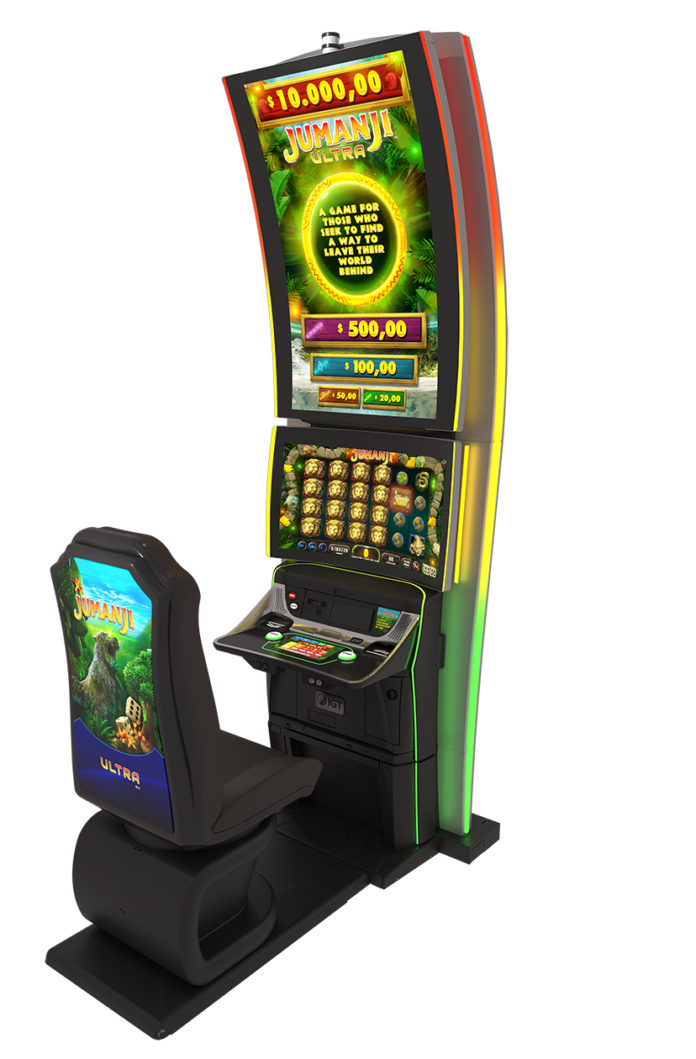 If a gold Jumanji disc appears in full view over reels three and four in the base game, one symbol is revealed within the disc. Every occurrence of this symbol on the reels turns into a wild. If one of the animal figures on the pathway around the reels is stopped on a golden plate, then the revealed symbol generates additional wilds on the adjacent symbols to the right and the left, resulting in a big win. In addition, on top of any base game outcome, a pair of dice may appear on screen and the result of the roll will award the corresponding number of wilds anywhere on the reels. The bonus is triggered by three bonus symbols, and players can choose between five, 10, or 20 free games, each with special wild patterns or the wheel bonus. In the wheel bonus, after each wheel spin, the lowest credit group is removed and replaced with an exit symbol. Players accumulate credits on each spin until they land on an exit symbol.