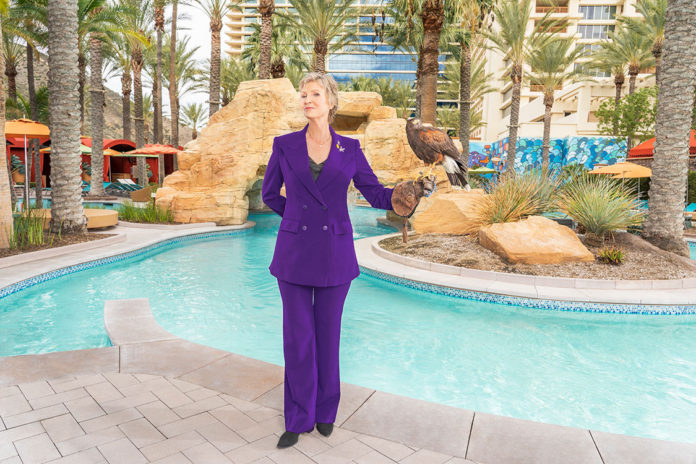 “Jane Lynch embodies the ideals of Funner,” said Jill Barrett, Senior Vice President and General Manager of Harrah’s Resort SoCal. “She is the prime elected official to be the next leader of Funner, CA, given her unparalleled ability to share the Funner state of mind with everyone she comes across. Mayor Jane is already hard at work, rolling out a brand new zero-proof cocktail menu, vegan culinary offerings, two custom spa treatments and the trusty mayoral hotline. I cannot wait to see what else she has in store.”

As Mayor Lynch took to the stage to mark her official induction ceremony, she remarked that while she didn’t anticipate adding politician to her resume, this might be one of her favorite roles of her career thus far. The first woman to hold office, the ceremony concluded with Mayor Lynch being presented with a key to the city, signifying the start of her official tenure as Funner’s newest mayor.

“We are thrilled to have Jane Lynch as Funner’s new mayor,” said Bo Mazzetti, Chairman of the Rincon Band of Luiseño Indians. “We know that Jane’s contagious spirit and legendary experience will only continue to grow the community here at Harrah’s Resort SoCal.”

Trading in her notorious set of track suits in favor of a collection of vibrant, purple pant suits, Mayor Lynch will implement the Funner state of mind. Her initiatives include launching the resort’s brand-new Hell’s Kitchen restaurant this summer, overseeing top-tier entertainment at The Events Center, collaborating on new menu items and beverage offerings, ideating the coolest programming around, promoting the zen vibes with new spa offerings, and more – all to make sure everyone can have their own one-of-a-kind, Funner experience.

“Wow, I am incredibly humbled and so excited to be here with you all in my favorite city in the world, Funner, CA,” said Mayor Lynch. “If you’re not ready for 100 percent fun, 100 percent of the time, do I have some sorry news for you. Funner is more than a place, it’s a state of mind. It’s an oasis and a reprieve from the everyday mundane, where everyone is welcome and surprises can be found at every corner. It is my wish and my duty that I lead the people to join us and follow their own Funner.”