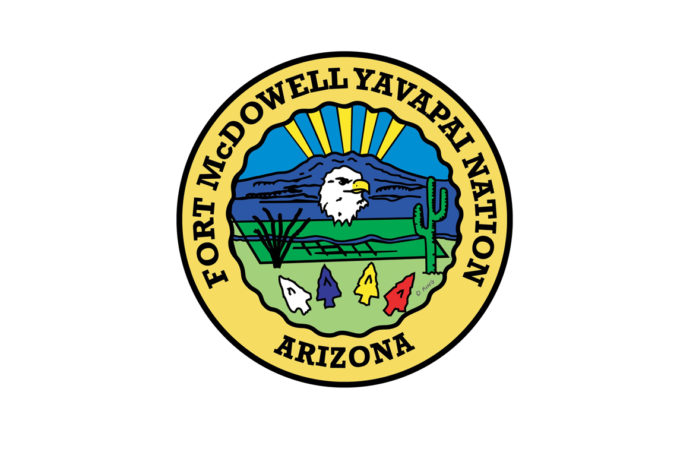 FORT MCDOWELL, AZ – The Fort McDowell Yavapai Nation has announced the results of their annual general election held on Janunary 11. Incumbent Vice President Paul Russell and Secretary Verlene Enos retained their previously held leadership roles, while Albert Nelson joined the Tribal Council in his first term as Councilman. All three elected positions underscore the 889 tribal members’ confidence in their ability to serve the Yavapai people and propel the tribe to further growth and prosperity, and an inauguration ceremony will be held on February 8.

A staunch supporter of Native youth and firm believer in the role that spiritual guidance and education play in a successful community, Paul Russell has enjoyed a highly respected public service career. He began working for the Fort McDowell Yavapai Nation’s human resources department in 1996, holding positions of increasing responsibility until he ran for public office 16 years ago. His re-election as Vice President marks his fifth term serving on the Tribal Council.

Re-elected to her second term as Tribal Secretary, Verlene Enos has been an intrinsic part of the Fort McDowell Yavapai Nation for more than 20 years, serving on the Tribal Council as well as working at the former Fort McDowell Casino. The youngest of five siblings, Enos has lived in Fort McDowell for most of her life. She is a mother of three daughters and three grandchildren, and serves as a Session Member of the Fort McDowell Presbyterian Church.

For more than a decade, Albert Nelson has worked for the Fort McDowell Yavapai Nation, serving as the Nation’s Culture Director, a recovery support specialist in the Wassaja Family Services, an interim Youth Council Coordinator, and a driver for the Senior Service Center. A father of three daughters, Nelson has been honored to work for the Nation and to serve as its newest Council Member. His vision for the community includes a push for a brighter future through education, health, culture, language preservation and innovative opportunities for the tribal enterprises.

“By leveraging their unique talents and backgrounds, this newly elected Tribal Council will represent the best interests of our wonderful tribal community,” said Bernadine Burnette, President of the Fort McDowell Yavapai Nation. “Together, we’ll continue to position our Nation as a leader among indigenous communities, guided by the Sovereignty and grounded in Yavapai tradition and culture.”